Official Trailer and Poster for the Upcoming Boxing Drama "Tiger" 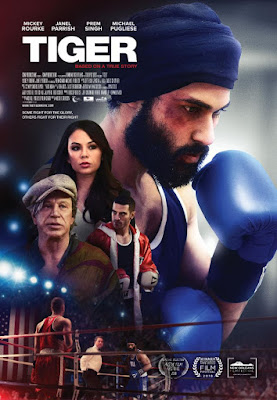 For more information on this film, you can visit the film's official website at: http://www.thetigermovie.com/

Tiger is inspired by the true story of Pardeep Nagra, a practicing Sikh man who was banned from the sport of boxing due to his religious beliefs. Tiger follows Pardeep's journey as he, with the support of his coach and mentor (Mickey Rourke), does what any strong American would do, fight back! The backlash is a result of racial profiling, stereotypical threats, and the daily pressure to change, even from his loved ones who are caught in the midst of the cross fire. Consequently, his legacy will be forever tied to his two biggest battles; one in the courtroom, the other in the ring.