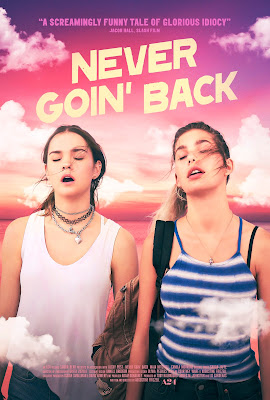 A24 recently released the trailer for the upcoming comedy "Never Goin' Back. The film stars Camila Morrone, Maia Mitchell, and Kyle Mooney.

Never Goin’ Back is a fresh and funny look at female friendship, following Angela (Maia Mitchell) and Jessie (Camila Morrone), who dream of escaping their waitressing jobs at a low-rent Texas diner, even if it's only to Galveston. Taking place over just a few days, the film follows their hilarious and unpredictable misadventures on the streets of suburban Dallas as they attempt increasingly madcap and wild schemes to try and raise some cash.