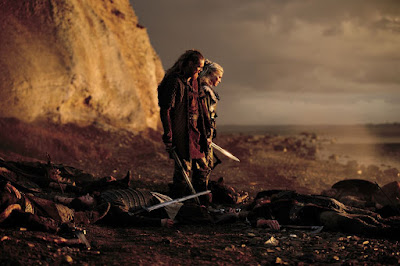 No release date has been announced for "Redband".

AD 754. Northern Europe is divided into two different worlds: above the rivers are the Frisians, the Saxons and the Danes. Below the rivers, the Franks hold sway. Their aim is to do what the Romans never managed and conquer all of Europe, using their new weapon to subjugate the heathens: Christianity. They have their eye on the most important trade center of Europe, ruled over by the Frisian king Aldigisl. This film is a historic, action-packed epic about the rise of Christianity and the sagas and the ancient legends of Redbad.