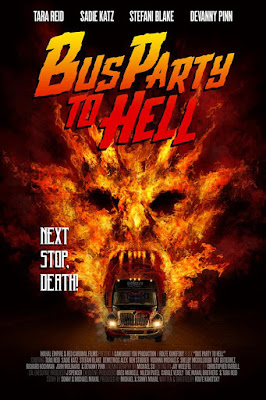 When a party bus on its way to Burning Man filled with a bunch of sexy young adults breaks down in the desert and in the middle of a group of Satanic worshippers, all hell literally breaks loose. A massacre leaves seven survivors trapped on the bus, fighting for their lives while wondering if someone or someones are not what they seem.