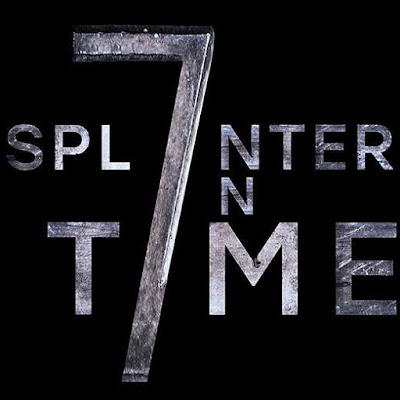 "A Splinter In Time" hits theaters in limited release and VOD in late July.

For more information on this film, you can visit the film's official website at: http://www.7splinters.com.

Film distributor Gravitas Ventures ([http://gravitasventures.com])(http://gravitasventures.com) today announced the acquisition of first-time feature director Gabriel Judet-Weinshel’s ingenious, engaging sci-fi feature 7 SPLINTERS IN TIME (a.k.a. OMPHALOS) for debut in the U.S. in theaters and on VOD platforms in July 2018. 7 SPLINTERS IN TIME is an intricately constructed, visually arresting, graphically exotic and groundbreaking detective story that mashes up Phillip K. Dick and Raymond Chandler. The acquisition follows the film’s world premiere at the prestigious Cinequest Film Festival in San Jose, where 7 SPLINTERS picked up the NEW VISIONS AWARD (https://www.facebook.com/cinequest). The deal was negotiated by Zach Hamby of Gravitas Ventures with producers Isen Robbins of Intrinsic Value Films and Gill Holland of The Group Entertainment. Written and directed by Gabriel Judet-Weinshel, the film stars starring Edoardo Ballerini, Greg Bennick, Austin Pendleton and Emmanuelle Chriqui.

Gravitas’ Laura Florence, VP of Sales & Marketing said, “Gabriel and his team have crafted an innovative, insightful and beautiful film. We’re looking forward to bringing the film to the widest possible audience across multiple platforms." Judet-Weinshel adds, “'7 SPLINTERS IN TIME represents the culmination of a labor of love by a small and determined group of passionate filmmakers and actors. We set out to make a film far more ambitious in scope than your average independent feature. We're thrilled that Gravitas Ventures fell in love with our unusual movie, and ecstatic to be sharing it with the world on a large stage.”

Peter Koros at Cinequest wrote, “Darius Lefaux (Edoardo Ballerini), is an introverted detective who spends most of his free time looking over a sullen old neighbor Babs (Lynn Cohen, THE HUNGER GAMES) living next door. When a new murder case turns up, he visits the morgue but discovers something quite peculiar this time around – the dead body is identical to his own. As his day-to-day life begins to blur into a series of erratic and haunting memories, an outlandish childhood friend John Luka (Bennick) reaches out and connects. The duo embarks upon a quest to unveil the truth about a traumatic incident that sits at the core of Darius’ recent disturbances. 7 SPLINTERS IN TIME succeeds in providing an unparalleled take on the ‘sci-fi-thriller’ as it packs in plenty of suspenseful twists, an intriguing romantic narrative, and consistently ravishing visuals while channeling through intricate themes of youth, love, and identity. “