"From Hollywood to Rose" Makes A Stop on DVD & VOD 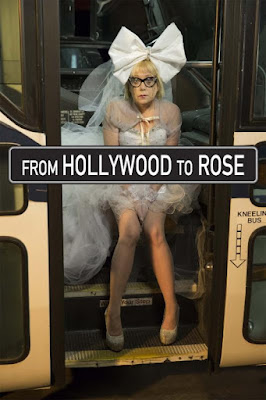 No special features were released at this time.

"From Rose to Hollywood" hits DVD and VOD on February 6th.

Following an acclaimed run on the festival circuit and theatrical release, From Hollywood to Rose is making its national VOD and DVD debut. The film world premiered at the Hollywood Reel Independent Film Festival, where it took the prize for Best Comedy Film and went on to screen at the Manhattan Film Festival, winning Best Comedic Screenplay before opening theatrically in Los Angeles. From Hollywood to Rose will will premiere nationwide February 6th on Cable and Digital VOD, including iTunes, Amazon Instant Video, inDemand, Dish and more.

In the city of Angels, everyone is on a quest. A disheveled, middle-aged woman in a bridal gown boards a Metro bus on Hollywood Blvd in the middle of the night. As the bus heads further west, she meets an assortment of eccentrics and social outcasts who make her question where she's been and where she's going. Each person she meets is at their own personal crossroads, who in turn shape the course of her bizarre journey.
at 7:53 PM
Labels: DVD News, From Hollywood to Rose, Random Media