Official Trailer for the Upcoming Comedy "The Tiger Hunter" 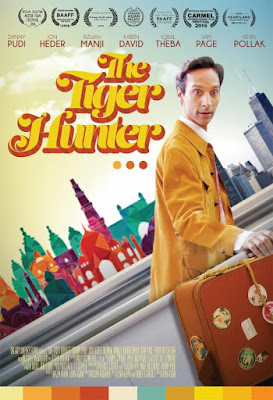 For ore information on this film, you can visit the film's official website at: http://www.thetigerhunter.com

A clever young man comes to America on a quest for success and love in a hilarious story of ambition, failure, and misfit friends. Set in the 1970s,
The Tiger Hunter is the story of Sami Malik, a young Indian who travels to America to become an engineer in order to impress his childhood crush and live up to the legacy of his father-a legendary tiger hunter back home. When Sami's job falls through, he takes a low-end job and joins with a gang of oddball friends in hopes of convincing his childhood sweetheart that he's far more successful than he truly is...or perhaps ever could be.