Official Trailer for the One Take Feature Film "Watch the Sunset" 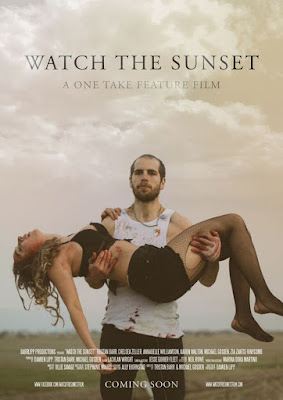 No release date has been set for this title.

Fore more information on this film, you can visit the film's official website at: https://www.watchthesunsetfilm.com/

Shot in just one take, BarrLipp Productions' gritty crime drama WATCH THE SUNSET follows an ex-bikie who is trying to reunite his broken family torn apart by his devastating drug addiction.

WATCH THE SUNSET has an underlying theme about effects of Crystal Meth or Ice, which is very real contemporary Australian issue. The one shot concept of our film allows the viewers to observe the harsh reality of this regional problem on an intimate and raw level. But at the core of this film we find a story of love and an unrelenting quest for redemption.

Official synopsis: Outlaw bikie member Danny Biaro wants to change his ways and start a new life with his estranged family. But his past quickly catches up to him and he is compelled to make a decision that will affect his life forever. Now he must race against the clock to save his family.