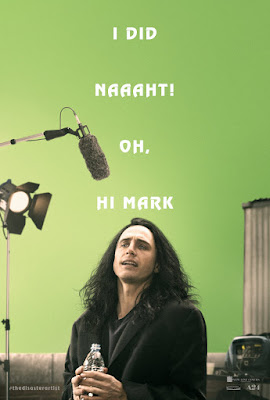 It's a disasterpiece! First poster and teaser trailer arrive for James Franco's THE DISASTER ARTIST, coming this December.

Based on Greg Sestero's best-selling tell-all about the making of Tommy Wiseau's cult–classic disaster piece THE ROOM ("The Greatest Bad Movie Ever Made"), THE DISASTER ARTIST is a hilarious and welcome reminder that there is more than one way to become a legend– and no limit to what you can achieve when you have absolutely no idea what you're doing.