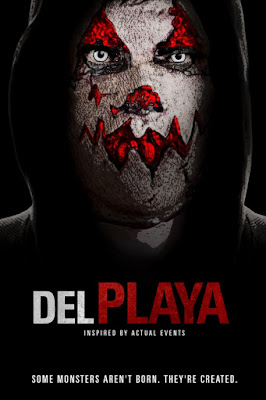 The film’s story follows Matthew (Alan Ayala), who is routinely abused by his stepfather. He has a crush on Claire (Devon Barnes), during high school. His love for Claire rides a fine line between persistence and obsession. And when, Matthew is jumped by her boyfriend, things turn violent. Five years go by and Claire discovers that her high school stalker has returned for her.

The film has been surrounded by controversy from the moment the filmmakers released a trailer on YouTube in 2015. There were claims made by several people, who saw the trailer, that the movie was based on college student Elliot Rodger. In 2014, Rodger killed six other students and wounded 14 others, in Isla Vista. Then, he killed himself. The controversy became so heated that a petition was created on Change.org by a former UCSB student, garnering approximately 30,000 signatures. The petition was a protest of the film. Meanwhile, major publications such as Variety and The Huffington Post reported on the controversy.

Writer/Director Shaun Hart admits that, while there may be similarities to the actual events that took place in 2013, this story is not based specifically on that incident. “I was completely blindsided by the Elliot Rodger story – another devastating tragedy in a long lineage of mass shootings,” Hart says. “The only difference for me was that I lived on that street where Elliot’s rampage ultimately ended. ”

When asked about his motivations regarding making the film, Hart said: “storytelling is powerful. Being a filmmaker, I began to put the question – why does this keep happening year after year? - into a story because I believe that’s a way that we can learn. We have to come to grips with the fact that – as a society – something is changing. There is a very real darkness descending on our country that is more frightening than any imaginary monster we can manufacture in a horror film. That’s what this film is about.”

As part of his effort to be socially responsible, Hart has decided that a portion of the film’s profits will go to Arts for Humanity! Arts for Humanity! is a non-profit based in Santa Barbara, California. Founded in 1997, this group empowers low income at-risk youth, people with disabilities and the elderly through participatory performing and visual arts programs. They bring opportunities in the creative arts directly to marginalized community members through art programs that are provided to social service agencies through Santa Barbara County.