Official Trailer and Poster for the Upcoming Thriller "Good Time" 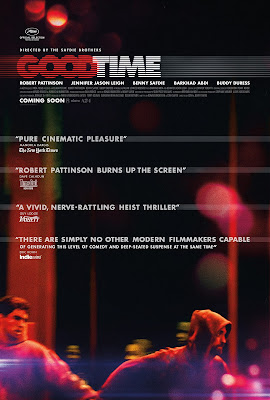 GOOD TIME gets a hallucinatory new trailer and poster with stunning accolades from its Cannes premiere.

The Safdie brothers' exhilarating New York thriller stars Robert Pattinson in a headlong rush into crime and chaos. The overwhelmingly positive reactions out of the Cannes Film Festival mark a thrilling turn for the filmmakers and a career-defining performance for Pattinson.