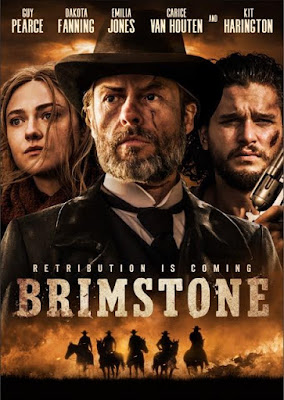 BRIMSTONE is a tale of powerful womanhood and resistance set against the unforgiving cruelty of the American frontier. Wrongly accused of a crime she didn’t commit, the story follows Liz (Dakota Fanning) now turned fugitive, who is being hunted by a vengeful and diabolical Preacher (Guy Pearce.)