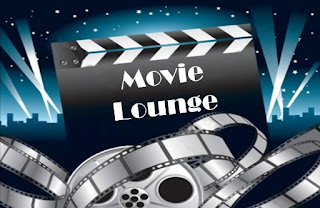 Welcome to the 590th Edition of my series.  I can now make the announcement that I am going to be Grimsby at the end of April in THE LITTLE MERMAID at the Jay County Civic Theater in Portland, Indiana.  I will have more details closer to time so for now, onto my selections for the week. 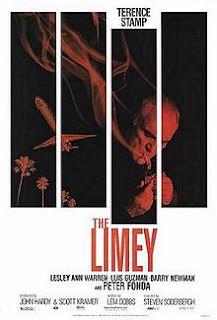 The Limey (1999):  Steven Soderbergh directed this crime drama.  Terrence Stamp stars as Wilson who has just gotten out of prison and is looking to find who murdered his daughter which takes him from England to Los Angeles.  When in L.A., he must adjust to the cultural differences from his early days.  He forms an unlikely partnership in fellow ex-con Eduardo, played by Luiz Guzman, and their investigator leads to a music producer named Terry Valentine, played by Peter Fonda, who his daughter was having an affair with.  Lesley Anne Warren, Barry Newman, Nicky Katt, Barry Newman, Amelia Heinle, Melissa George, William Lucking, and many others co-star in this film.  This was a really good blend of action and drama with a touch of comedy.  Good revenge film that goes beyond the revenge and also forces the protagonist to see his faults as a father. 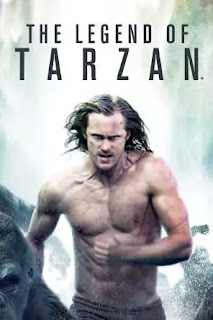 The Legend of Tarzan (2016):  I know this got some mixed opinions but I did enjoy the newer take on the iconic character created in the novels written by Edgar Rice Borroughs.  David Yates directed this film which stars TRUE BLOOD alum Alexander Skarsgard as Tarzan but in this story, while he was raised by the apes, he leaves Africa to go to London along with Jane, played by Margot Robbie, who was also raised in the African jungle.  He decides to take the name of his biological parents and becomes John Clayton.  Things are happening in Africa and is asked by American George Washington Williams, played by Samuel L. Jackson, to go back to Africa to help him prove what he believes.  John finally agrees and Jane goes along to fix the atrocities going on in Africa and see Tarzan rise again.  Christopher Waltz co-stars as Rom who works for King Leopold and is guilty of things like slavery.  Djimon Hounsou, Jim Broadbent, Ben Chaplin, and many others co-star in this film.  We mostly know Tarzan from the older movies usually with Johnny Weissmuller and Maureen O'Hara as the two main characters and Tarzan always being in the jungle having a very limited vocabulary.  As I looked into it more, this is more to the actual novel and even moreso than the 1984 film GREYSTROKE:  THE LEGEND OF TARZAN, LORD OF THE APES.  I liked what Skarsgard brought to the role and I'm sure we're in for some more and look forward to how this progresses. 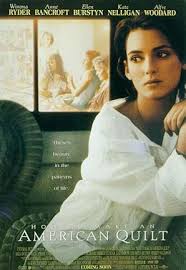 How to Make an American Quilt (1995):  This is part one of a possible Jared Leto trilogy where he makes his film debut.  I would say this would be my feel-good movie for the week.  Jocelyn Moorhouse directed this film based on the novel by Whitney Otto.  Winona Ryder stars as Finn who is a grad student and engaged to be married.  She begins to wonder if this is right for her and decides to spend a summer with her grandmother Hy, played by Ellen Burstyn, and great aunt Glady, played by Anne Bancroft, where she writes her masters thesis and to decide if marriage to her boyfriend Sam, played by Dermot Mulroney, is what is best for her.  She also joins her grandmother and aunt with some of their friends on a quilt and each one has a unique story of their young lives to help Finn in her decisions.  Alfre Woodard, Lois Smith, Maya Angelou, Kate Nelligan, Jean Simmons, Rip Torn, Jonathan Schaech, Samantha Mathis, Loren Dean, Melissa Dillon, Ari Meyers, Joanna Going, Tim Guinee, Richard Jones, RaeVen Kelly, Gail Strickland, Claire Danes, Alicia Goranson, Holland Taylor, Mykelti Williamson, and many others co-star in this film.  This is a movie that consists of mostly flashbacks of others.  This is available on Instant Netflix.

Four Minute Fever (1956):  This is my short film for the week which takes a look at the world of track and field.  This takes a look at a few runners from the '20s to the '50s attempting to run the mile in less than four minutes.  This is one of the Sportscope short films.  This is interesting for the short time it has. 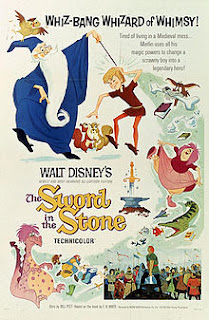 The Sword in the Stone (1963):  This is my Disney film for the week and based on the novel by T.H. White.  I know as a kid, this was my first exposure to the world of Camelot and I'm sure many my age will say the same thing.  Rickie Sorenson provides the voice to the young Arthur who is nicknamed Wart and aspires to be a knight's squire.  His life changes when meeting Merlin the magician, voiced by Karl Swenson, who looks to give Arthur an education.  Most know the story of what happens in the title so I won't go much further.  This has always been a fun watch for me.  It was later in high school I would learn about a much darker world for King Arthur in EXCALIBUR where Merlin was a lot meaner, among other things.  Sebastian Cabot, Martha Wentworth, Norman Alden, Alan Napier, and many others co-star in this film.  This is a pretty good interpretation of the Arthurian legend and one to watch with the family. 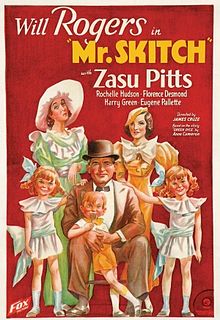 Mr. Skitch (1933):  This is a rather unknown Will Rogers comedy where he plays the patriarch of a family during that depression that loses their home.  They set out to get enough money in order to get their home back by going to California and stopping along some national parks along the way.  Rogers was his usual funny self and Zasu Pitts who plays his wife was equally funny in her comedic timing.  Rochelle Hudson and Harry and many others co-star in this comedy.  I was also rather entertained by the twin girls in this comedy. Nothing great but does have some comical moments in this depression comedy. 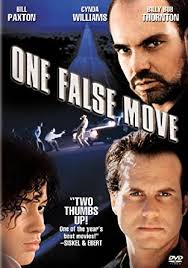 One False Move (1992):  This was probably the most unexpected selection of the week as I decided upon it after Bill Paxton's untimely death.  Carl Franklin directed this independent film which was written by Billy Bob Thornton and Tom Epperson.  Thornton himself co-stars as Ray who is a trio of criminals who are on the run which also includes his girlfriend Fantasia, played by Muncie native Cynda Williams and their other partner in crime Pluto, played by Michael Beach.  Fantasia decides she wants to see her son in the small town of Star City, Arkansas.  Paxton stars as police chief Dale "Hurricane" Dixon who is used to handling domestic issues becomes excited about L.A. cops coming to his town and even trying to prove himself to them in hopes he can get on with a bigger police squad.  I remember seeing this on the IFC channel many years ago and taking a real liking to this rather unknown film.  I got the idea to feature this one when most of my Facebook friends did not mention this much when reflecting on Paxton's death.  This does get quite violent so probably not one for the family but still a very compelling watch if found.

The Prodigal Boxer (1972):  This is my martial arts film for the week.  Fei Meng plays martial arts folk hero Fang Shi Yu in his younger days.  In this film, his father was murdered and while he vows revenge, he still has a lot of training to go in which his mother teaches him what he needs.  Most of this genre from that era has a lot of fantasy elements but this one just keeps everything pretty normal and is a rather compelling story.  I have seen a lot on Wong Fei Hung but have never seen anything on Fang Shi Yu.  This is mostly for enthusiasts of the martial arts genre. 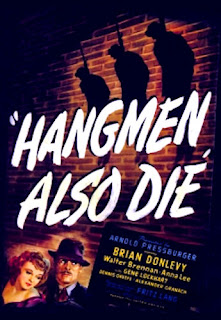 Hangmen Also Die (1943):  Fritz Lang directed this film noir which is much different from most as this takes place in Nazi Czechoslovakia.  A Nazi "hangman" named Reinhard Heydrich is shot by an unknown assassin.  Brian Donlevy stars as the rather mysterious Dr. Svoboda who does not appear to be who he says when hiding out with a family.  Walter Brennan, Anna Lee, Gene Lockhart, Dennis O'Keefe, Margaret Wycherly, Jonathan Hale, and many others co-star in this film.  This was probably a very daring film to make in this era.  This is a partly fictionalized account of the actual assassination of Heydrich and a very compelling story of a very bad time in our history.  This is hard to put into words any further and one that just needs a watch. 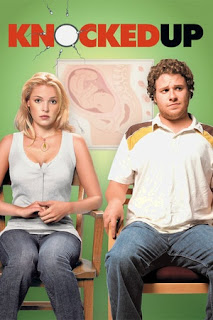 Knocked Up (2007):  I end the week with this raunchy romantic comedy written and directed by Judd Apatow.  Katherine Heigl stars as Allison who has everything going for her working for the E! network and learning she is going to become a tv reporter for them.  Seth Rogen stars as the rather lazy Ben Stone who is hoping to cash in with some friends on a rather unusual website.  These two meet at a nightclub and have a one night stand together which results in Allison's pregnancy and both must consider this very life-changing moment.  Paul Rudd, Leslie Mann, Jason Segal, Jay Baruchel, Jonah Hill, Martin Starr, Harold Ramis, Alan Tudyk Kristen Wiig, Bill Hader, Ken Jeong, Craig Robinson, Louden Wainwright III, Mo Collins, B.J. Novak, and many others co-star in this comedy and others play themselves in cameos.  Of all the Apatow comedies I have seen, I consider this one to be my favorite of them.  I would also like to point out that I am most like Paul Rudd's character so that can be something to check out to see if people know what I am talking about.  I also liked the way the two main characters had to consider their relationship with each other and the changes that needed to happen.  This is also delivered with some very funny moments from the supporting cast.

Well, that is it for this week, tell me what you like and dislike and stay tuned for next week so far includes Cicely Tyson, Jared Leto, Bette Davis, and many others. 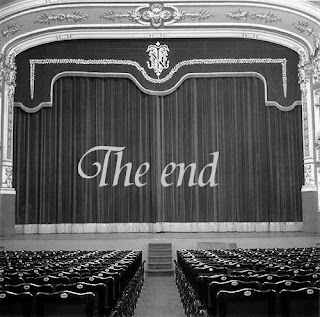