Hitch a Ride with the Official Trailer for "The Sweet Life" 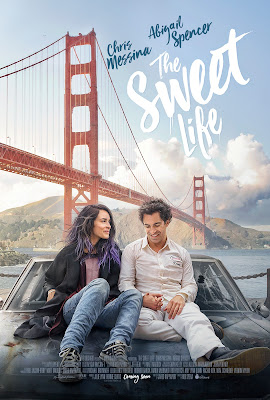 For more information on this film, you can visit the film's official Facebook page at: www.facebook.com/sweetlifemovie/

Kenny Parker and Lolita Nowicki are a disillusioned couple who meet by chance on the La Salle Street Bridge in Chicago and form a pact to drive cross country to the Golden Gate Bridge...to jump... together. Unfortunately, the suicide pact is the only thing they can agree on and the cross-country trip becomes a series of comic misadventures that lead to a climactic resolution on the Golden Gate Bridge where Kenny learns the value of true love and sacrifice.