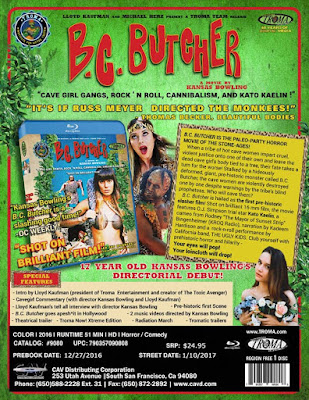 B.C. Butcher is the paleo-party horror movie of the stone-ages!
When a tribe of hot cave women impart cruel, violent justice onto one of their own and leave the dead cave girl's body tied to a tree, their fate takes a turn for the worse! Stalked by a hideously deformed, giant, pre-historic monster called B.C. Butcher, the cave women are violently destroyed one by one despite warnings by the tribe's blind prophetess. Who will save them?