"Rouge Warrior: Robot Fighter" Get Picked Up by Sony 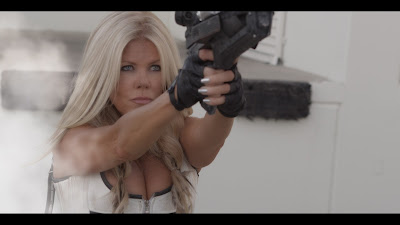 "Robot Warrior: Robot Fighter" will be making its world premiere on September 2nd at the Krikorian Monrovia Cinema 12 in Monrovia, California.

For ticket information for this screening, you can visit the film festival's official website at:  http://www.aoffest.com/#!product/prd12/4550161001/rogue-warrior-tracey-birdsall-9-2-7%3A30pm-block

For more information for the Action On Film Festival, you can goto: http://www.aoffest.com
Press Release:

Written by Johnson, the science fiction film is set in the distant future depicting the overthrow of humanity by artificial intelligence on Earth and other worlds. Starring alongside Birdsall are William Kircher (The Hobbit), Daz Crawford (“Agents of S.H.I.E.L.D.”), Stephen Manley (Star Trek III), and Marilyn Ghiggliotti (Clerks).

The festival has been around for 6 years now and some pretty cool films have won at this place.