Rock Documentary "My Way" Makes Its Way to DVD & VOD 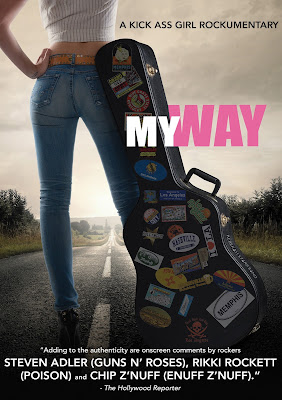 For more information on this film, you can visit the film's official website at: http://www.mywaythemovie.com .

After winning 5 top awards on the film festival circuit and receiving a theatrical release in New York City and Los Angeles, My Way now comes to DVD & VOD on 11/4.

Although Rebekah's marriage is failing, this is not some alternate fantasy life she's escaping to--it's her burning passion for music that can no longer be suppressed. On her journey, she serendipitously meets and befriends rock legends Steven Adler (Guns N' Roses) and Rikki Rockett (Poison).

A witness to the power of passion and aspiration, My Way chronicles the hugely entertaining path one woman takes to pursue her seemingly impossible dream.