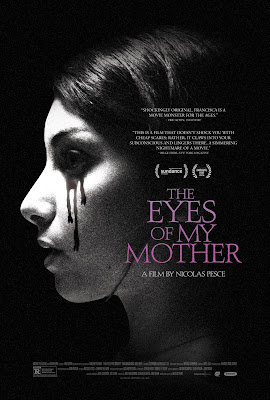 Magnet Releasing recently send us over the official poster and stills for their upcoming film "The Eyes of My Mother". The film stars : Kika Magalhães, Will Brill, Flora Diaz, Paul Nazak and Clara Wong.

For more information on this film, you can visit the film's official website at: TheEyesOfMyMother.com .