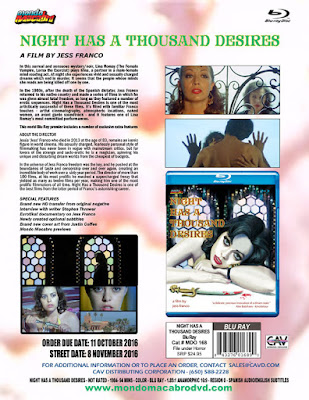 "Nights Has a Thousand Desires" hits retail on November 8th.

In this surreal and sensuous mystery/noir, Lina Romay (The Female Vampire, Lorna the Exorcist) plays Irina, a partner in a male-female mind reading act. At night she experiences vivid and sexually charged dreams which end in murder. It seems that the people whose minds she reads are being killed off one by one.