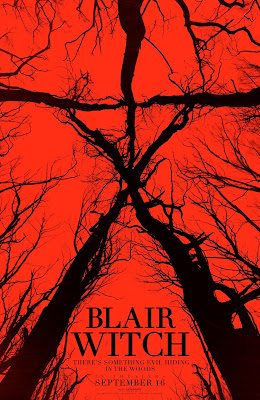 When I first heard this news out of San Diego Comic Con, this came off as shocking. Lionsgate recently announced that Adam Wingard's upcoming film "The Woods" is actually the Blair Witch sequel that fans have been waiting for entitled "Blair Witch". It's the first "Blair Witch" film since 2000's "Book of Shadows: Blair Witch 2" The film stars James Allen McCune, Callie Hernandez, Brandon Scott, Valorie Curry, Corbin Reid and Wes Robinson.

For more information on this film, you can visit the film's official website at: www.BlairWitch.movie

A group of college students venture into the Black Hills Forest in Maryland to uncover the mysteries surrounding the disappearance of James’ sister who many believe is connected to the legend of the Blair Witch. At first the group is hopeful, especially when a pair of locals offer to act as guides through the dark and winding woods, but as the endless night wears on, the group is visited by a menacing presence. Slowly, they begin to realize the legend is all too real and more sinister than they could have imagined. 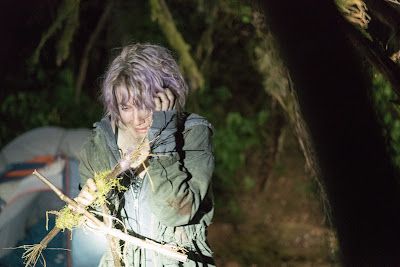