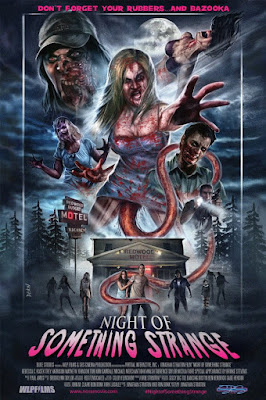 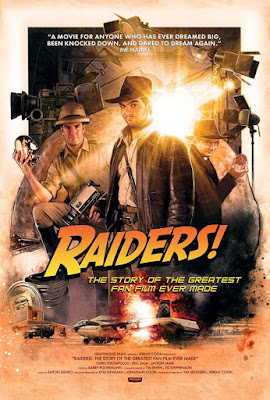 Troma Entertainment recently send us information on the feature films that will be playing at the 17th annual Tromadance Film Festival that takes place Friday, July 29th and Saturday, July 30th at The Paper Box in Brooklyn,NY.

The feature films that were selected are " Raiders! The Story of the Greatest Film Ever Made", "Night of Something Strange", Banjo (UK) and "Be My Cat: A Film for Anne" (Romainia).

For more information on this film festival, you can goto: http://www.tromadance.com/.

The Official Feature Length Selections for the 17th Annual TromaDance, which will be held at the Paper Box Theatre in Brooklyn, NY, have been confirmed, it was announced today by Lloyd Kaufman, prexy of Troma Entertainment and creator of The Toxic Avenger.

Yesterday, June 28th 2016, Troma Entertainment made public The 17th Annual TromaDance Short Movie Official Selections. Today's highly anticipated announcement of the four titles curated by NYC's Troma Team demonstrate in some cinematic form the dedication to original, historical and socially significant themes, images and techniques and represent ingenuity in genre by skirting the experimental through ambitious and dedicated pursuit in documentary and exploiting the potential of conventional narrative. These selections are:

A story of a young man in Romania who goes to shocking extremes to convince Hollywood actress Anne Hathaway to star in his film. Banjo /directed by Liam Regan /UK. 2015. 1 h 22 min.

British comedy-fantasy Banjo, directed by Liam Regan. follows the developing mania of a young man as he is manipulated by his imaginary friend to exact revenge on his tormenting co-workers.

Raiders! The Story of the Greatest Film Ever Made/directed by Eric Jeremy Coon and Tim Skousen/USA . 2016. 1 hr 46 min.

Night of Something Strange directed by Jonathan Straiton/USA 2016.

Teenage friends out for beach week get unexpget unexpectedly detoured to an isolated motel where a deadly STD virus now runs rampant, turning those infected into "the living dead" .

Upcoming T.B.A. for The 17th Annual TromaDance Film Festival 2016 are the talent lineups for the World Famous TromaDance AfterParty!!!

Congratulations to all those filmmakers selected to be in the 17th Annual TromaDance Film Festival, hosted at The Paper Box Theatre in Brooklyn on July 29th and 30th, 2016!
at 10:15 AM
Labels: Film Festival News, Indie News, Night of Something Strange, Raiders Fan Film Ever Made, SRS Cinema, Troma Entertainment, Tromadance Film Festival