Fantasia 2016: Teaser Trailer and Stills for the Leonard Nimoy Documentary "For the Love of Spock" 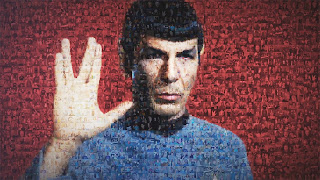 Gravitas Ventures and 455 Films recently released stills and the trailer for the upcoming Leonard Nimoy documentary "For the Love of Spock". The documentary takes a look at the late Leonard Nimoy who played famous "Star Trek" character Spock. The film is narrated by Nimoy's son Adam Nimoy and interviews from Nimoy, William Shatner, J.J. Abrams, Zachary Quinto, Simon Pegg and more.

"For the Love of Spock" will be making its international premiere at Fantasia on July 16th at 4:10PM at the SGWU Alumni Auditorium (Hall Theatre). Director Adam Nimoy and Producer David Zappone will be on hand for the screening.

For more information on this film, you can visit the film's official website at: http://www.fortheloveofspock.com.

Arriving at Warp Speed to welcome STAR TREK’s 50th anniversary, FOR THE LOVE OF SPOCK celebrates the enduring series by focusing on the franchise’s most popular character and the man who played him. Narrated by Adam Nimoy, this fascinating doc offers a personal, intimate look at the life and livelihood of Adam’s late father, beloved actor Leonard Nimoy, and his iconic alter-ego, Mr. Spock. Through extensive interviews with Nimoy as well as a galaxy of family, friends, TREK colleagues and industry admirers, FOR THE LOVE OF SPOCK leaves no dilithium crystal unturned. 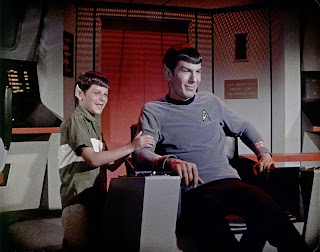 "For the Love of Spock": Teaser Trailer