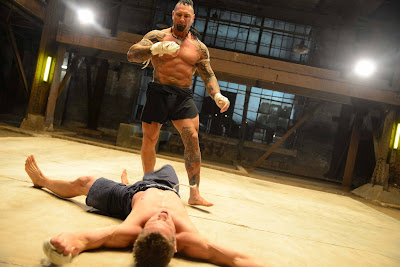 "Kickboxer Vengeance" will be making its world premiere at Fantasia on opening night July 14th at 9:45PM at the SGWU Alumni Auditorium (Hall Theatre)in Montreal QC.

Eric Sloane is a kickboxing champion at the top of his game. His older brother, Kurt, follows him everywhere as both his trainer and manager. Together, they’re unbeatable. When Eric is approached to fight Thai champion Tong Po, he can’t wait to finally prove to the world that he’s the one and true champion, even though his brother is against it. What was supposed to be a mere formality turns into a nightmare when Kurt witnesses Eric’s death. While the desire for revenge grows inside, he knows full well he’s no match for Tong Po. He therefore decides to track down his brother’s old trainer in the hopes of finally getting his revenge and, who knows, perhaps even becoming the new “Nok Su Kow” in the process.