Fantasia 2016: Official Stills for Ti West's Latest Film "In a Valley of Violence" 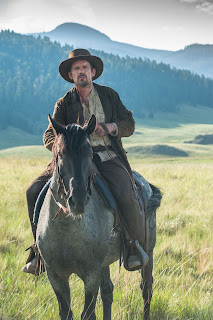 Focus World recently released stills for their upcoming release of the western "In a Valley of Violence". The film marks a departure for director Ti West, as he's been known for horror films like "House of the Devil", "The Innkeepers" and "The Sacrament". The film stars Ethan Hawke, Taissa Farmiga, John Travolta, James Ransone and Karen Gillan.

Ti West's "In a Valley of Violence" will be making its international premiere at Fantasia on July 17th at the SGWU Alumni Auditorium (Hall Theatre). Screening time is 7:45PM in Montreal QC.

A shadowy drifter (Ethan Hawke) and his dog journey through the deserts of the Old West on their way to Mexico, making a terrible mistake in taking a shortcut through Denton, a small and largely forgotten mining town that many in the region have begun to unaffectionately refer to as “a valley of violence.” Numerous townsfolk have left for safer or more promising havens. Most of who remained are criminals, bullies, hustlers and idiots. Our drifter soon crosses paths with the town marshal’s distinctly lawless son, and all hell begins to break loose, setting forth cycles of vengeance and violence that will significantly reduce Denton’s already-dwindling population and leave the desert earth saturated with blood. 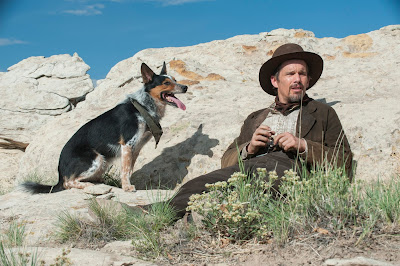 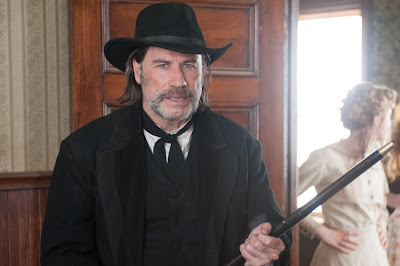