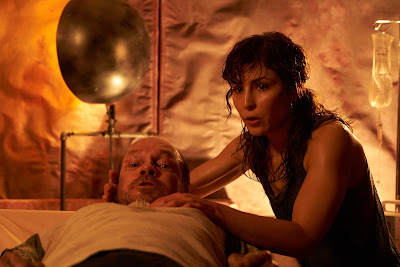 "Rupture" will be making its world premiere on July 15th at 9:35 Pm at the SGWU Alumni Auditorium (Hall Theatre) in Montreal, QC. Director Steve Shainberg will be on hand for the screening.

Single mom Renee Morgan (Noomi Rapace) has learned to be strong by necessity. One day, after dropping her son off at school and going about daily chores, she’s suddenly abducted and locked away in a truck that drives off — and continues driving for days. Wherever she’s being taken, it’s very far away. The truck finally arrives at a large, mysterious facility that could be pharmaceutical, could be governmental, could be anything. A mysterious man begins to question her about her medical history. He then starts asking about her fears. Renee realizes just how irrational and frightening a situation she’s in. Others arrive, observing her. Why Renee? What could these people want? The answers to both questions lie far from any scenario she could possibly imagine. 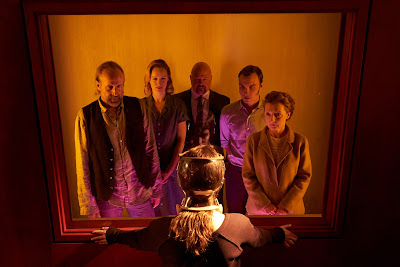