Fantasia 2016: Official Stills and Trailer the Upcoming Chiller "Lights Out" 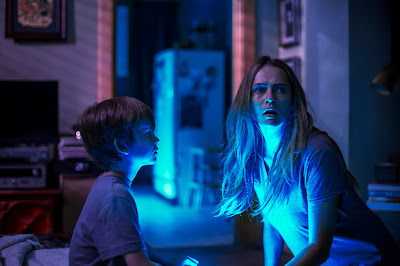 New Line Cinema and Warner Bros recently released stills and the officials for the upcoming chiller "Lights Out". The film is based on the short horror film by David F. Sandberg, who also directs this film and is being executive produced by James Wan (The Conjuring 2, Saw). It stars Teresa Palmer, Gabriel Bateman, Maria Bello and Billy Burke.

The film is a special screening and will take place on July 20th at 7PM at the SGWU Alumni Auditorium (Hall Theatre)in Montreal QC.

For more information on this film, you can goto : http://www.lightsoutmovie.com/

From producer James Wan (THE CONJURING and INSIDIOUS franchises) comes a tale of an unknown terror that lurks in the dark. When Rebecca (Teresa Palmer) left home, she thought she abandoned her childhood fears. Growing up, she was never really sure of what was and wasn’t real when the lights went out… and now her little brother, Martin (Gabriel Bateman), is experiencing the same unexplained and terrifying events that had once tested her sanity and threatened her safety. A frightening entity with a mysterious attachment to their mother, Sophie (Maria Bello), has reemerged. But this time, as Rebecca gets closer to unlocking the truth, there is no denying that all their lives are in danger… once the lights go out. 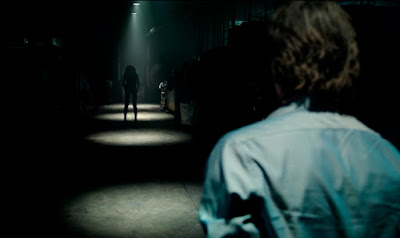