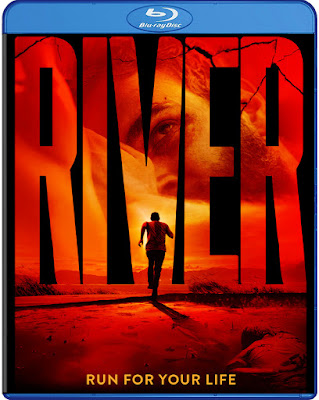 Well Go USA recently send us over information for their upcoming release of "River. The film stars Rossif Sutherland (“Reign”).

RIVER, the award-winnings first feature from writer/director Jamie M. Dagg, debuts on Blu-ray™ and DVD July 26 from Well Go USA Entertainment. The first North American film shot in Laos, the film takes viewers from the shores of the Mekong River, up to the mountains in the north. Rossif Sutherland (“Reign”) stars as John Lake, an American doctor working in a village in southern Laos. On his way home after an alcohol-soaked evening at a local bar, John intervenes in the sexual assault of a young woman, and the violence quickly escalates. The next day, the assailant’s body is pulled out of the water. All the evidence points to John, who recognizes the nightmare that awaits if he’s captured by the local authorities, and realizes that his only hope is to reach the US Embassy. With no time to think and no one to count on, he goes on the run. RIVER premiered in the Discovery section of the 2015 Toronto International Film Festival. Sutherland garnered a Canadian Screen Award nomination for Best Actor at the 4th Canadian Screen Awards and the film was chosen as the winner of the Academy of Canadian Cinema and Television’s Claude Jutra Award, as the year’s best feature film directed by a first-time director.

Synopsis:
In the south of Laos, an American doctor (Rossif Sutherland) becomes a fugitive after he intervenes in the sexual assault of a young woman. When the assailant’s body is pulled from the Mekong River, things quickly spiral out of control.
at 6:10 PM
Labels: DVD/Blu-Ray News, River, Well Go USA