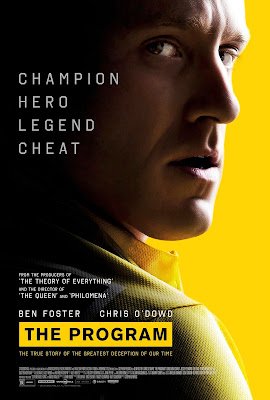 "The Program" hits theaters in limited release and VOD on March 18th.

For more information on this film, you can visit the film's official website at: http://www.theprogrammovie.com

From Academy Award® nominated director Stephen Frears (The Queen, Philomena) comes the true story of the meteoric rise and fall of one of the most celebrated and controversial men in recent history; Lance Armstrong, the world-renowned Tour de France champion.