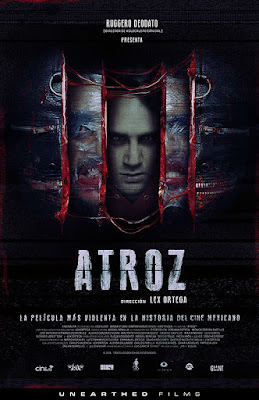 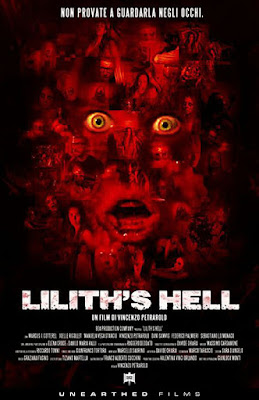 Unearthed Films recently send us information that they've acquired "Lilth's Hell" and "Atroz" Both of these films are executive produced and presented by cult filmmaker Ruggero Deodato (Cannibal Holocaust, Cut and Run).

No release information has been set for either release.

Unearthed Films is proud to present Lex Ortega's ATROZ! Presented by Ruggero Deodato, master of the cannibal genre with Cannibal Holocaust. Directed by Lex Ortega, "Barbaros Mexico and sound designer for Frankensteins Army" succeeds in making the most intense gore film in the history of Mexican Cinema! “Atroz/Atrocious is a film that portrays the story of two serial killers. After the pair are arrested for causing a traffic accident, the police confiscate some videotapes. These tapes contain brutal murders and tortures that show human wickedness, their background, paraphilia, and the psyche of these murderers.”

"A pair of filmmakers try to work with Ruggero Deodato, "Cannibal Holocaust, Jungle Holocaust, House on the Edge of the Park, Cut and Run" to pull of a horror film based on realism. The producers family house, where the film is to be shot turns out to have it's own secrets, hidden behind the walls. Secret chambers and ritualistic ceremonies invoking the spirit of Lilith. She who was cursed by God for not obeying Adam in the Garden of Eden. The women in the crew are possessed one, by one and their only salvation is thru death. Once unleashed, nothing can prepare you for LILITHS HELL! LILITHS HELL