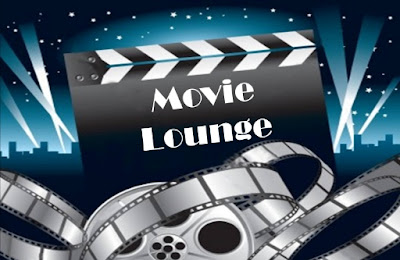 Welcome to the 533rd Edition of my series.  There is not a lot really going on at the moment for me.  I will be starting rehearsals at the end of the month for MUCH ADO ABOUT NOTHING so need to continue to work on my lines with this three week process I will be doing.  Other than that, not much else happening so I'll just get on with my selections for the week.

Spy (2015):  I start out with this comedy on spy movies.  Paul Feig wrote and directed this parody.  Melissa McCarthy stars as CIA analyst Susan Cooper who has been helping her partner Bradley Fine, played by Jude Law, on many missions but then he disappears off the grid and other agents are compromised.  When this happens, Susan agrees to go undercover to infiltrate the world of a deadly arms dealer and prevent a global crisis.  Jason Statham co-stars as a very cynical agent and shows his comedic side very well.  Miranda Hart is also amusing as Susan's best friend Nancy.  Raad Rawi, Jessica Chaffin, Rose Byrne, Sam Richardson, Rose Byrne, Allison Janney, Bobby Cannavale, and even rapper 50 Cent co-star in this spy comedy.  I did get a lot of laughs out of this and was a pretty good story taking a serious situation and making comedy out of if with good comedic timing from McCarthy.  Some of the critique I have seen is that there are an excessive use of F-bombs which I guess just goes right through me anymore even though I don't say it that much.

The Boy Who Could Fly (1986):  I went from parody comedy to a more inspirational 80s film.  Nick Castle wrote and directed this film.  Lucy Deakins stars as high schooler Milly who along with her mother Charlene, played by Bonnie Bedelia, and her younger brother Louis, played by Fred Savage, move to a new town after her father dies.  She takes an interest in her autistic neighbor Eric, played by Jay Underwood, who clearly shows an interest to fly and is mute living with his alcolholic Uncle Hugo, played by Fred Gwynne.  She looks to get through to Eric while adjusting to life in a new town and school.  Colleen Dewhurst, Mindy Cohn, Janet MacLachlan, Cameron Bancroft, Jason Priestley, John Carpenter, Louise Fletcher, and many others co-star in this film.  Savage makes his film debut in this one and is a pretty fun little brother.  This is a really good 80s entry that might be more overlooked than some.  I found it to be a very good movie about things like acceptance.

Prisoners (2013):  This is part two of my two-part Paul Dano series.  I now get much darker from the last two selections.  Denis Villeneuve directed this film which was written by Aaron Guzikowski.  Hugh Jackman stars as Keller Dover who has a really good life married and as a father until the unthinkable happens and his younger daughter disappears along with the younger daughter of their neighbors.  Jake Gyllenhaal stars as Detective Loki who is assigned the case and is trying to deal with the case but also tries to keep Keller from very overly involved while Dover resorts to some extreme means to locate the girls after the prime suspect Alex Jones, played by Dano, gets released for a lack of evidence.  Terrence Howard, Viola Davis, Maria Bello, Melissa Leo, Dylan Minnette, Zoe Saul, Erin Gerasimovich, Wayne Duvall, Len Cariou, and many others co-star in this film.  Leo was quite unrecognizable and took me a while to realize it was her.  This is a pretty compelling film begging the question on how far a father is willing to go for the one he loves.  Jackman is great as the desperate father and Howard complements him as the other father who last his child but is more reluctant to resort to Keller's methods.  This has a lot of suspense and is very thought provoking just not very upbeat.

A Day in the Death of Donny B. (1969):  This is my short film for the week which I found on TCM.  Carl Fick wrote and directed this tale of a heroin junkie looking for money to get his fix in Harlem.  It has a pretty depressing music score and a rather interesting title song along with voiceovers talking about the dangers of this lifestyle.  This actually did have quite a message to it.  One of the better message shorts I have seen.

Gone With the Wind (1939):  Now I bring this classic epic taking place during the Civil War.  Victor Fleming directed this film based on the novel by Margaret Mitchell.  Vivien Leigh stars as the iconic Scarlett O'Hara who is a manipulative southern belle going after Ashley Wilkes, played by Leslie Howard, only to find out he is marrying his cousin Melanie, played by Olivia De Havilland.  She soon meets Rhett Butler, played by Clark Gable, where they form a very complicated relationship.  Not much has to really be said about this classic.  Thomas Mitchell, Barbara O'Neil, Evelyn Keyes, Ann Rutherford, George Reeves, Fred Crane, Hattie McDaniel, Butterfly McQueen, Eddie "Rochester" Anderson, Ward Bond, Jackie Moran, and many others co-star in this epic.  This time I watched it and realized how it was kind of daring to make during this era.  Yes, there are things we could consider racist by today's standards but that was more acceptable in that era.  There was probably some controversy over the personality of Scarlett and the number of relationships she had and tried to have during the film as well as the many who wanted a relationship with her no matter what it took.  Through Scarlett's shortcomings, we see how Scarlett must grow up with all that is going on.  This still stands very well and has many memorable quotes but some may just not give a damn.

Equinox Flower (1958):  This is my Japanese film for the week which was directed by Yasujiro Ozu.  Shin Saburi stars as wealthy Tokyo businessman Waturu Hirayama who believes in the tradition of choosing a husband for his eldest daughter but his daughter Setsuko, played by Ineko Arima, who has found the man she wants.  This forces Waturu to rethink his traditional beliefs and gets manipulated in humorous ways.  This is a pretty good comedy that comes from Japan and is Ozu's first movie in color.  This was a good movie on the changing times in terms of tradition.

Robin Hood (1973):  This is my tribute to actor Brian Bedford who recently left us.  This is Disney's take on the legendary tale which involves animals like a fox as Robin Hood, voiced by Bedford, and his loyal sidekick Little John, voiced by Phil Harris, which is a bear.  They go after the corrupt lion Prince John, voiced by Peter Ustinov, and the corrupt Sheriff of Nottingham, voiced by Pat Buttram, which is a wolf.  When John's brother King Richard, also voiced by Harris, leaves town, Prince John and the Sheriff begin to tax the poor and jail those who do not pay leaving Robin to stand up against the rich while also going after his love interest Maid Marian, voiced by Monica Evans.  Roger Miller is amusing as the rooster Allan-a-Dale who is essentially the narrator of the film and has some fun music numbers.  Terry-Thomas, Andy Devine, Carole Shelley, George Lindsey, Ken Curtis, and many others provide their voices.  Disney did very well in their telling of the Robin Hood tale and perfectly cast each animal into the parts.  As a kid, until I got a little into elementary school, I thought Robin Hood was a fox, I knew no better.  This is the first animated movie which had all animals and none of us humans.  This is available on Instant Netflix and is a good selection for the family that is staying in for the night.

The Man in the Gray Flannel Suit (1956):  I go from some family animation into some more drama.  Nunnally Johnson directed this film based on the novel by by Sloan Wilson.  Gregory Peck stars as Tom Rath who is a father living in Connecticut and commuting to Manhattan.  When hearing about a public relations job with a major tv network.  At first he reluctant to except it until his wife Betsy, played by Jennifer Jones, makes it clear she does not like where they live.  Tom is also haunted by his times in the war that has stayed with him.  His boss Ralph, played by Fredric March, takes a liking to Tom right away but begins to question this new life making him have to decide if he is a corporate man or would rather be a family man.  Marisa Paven, Lee J. Cobb, Ann Harding, Keenan Wynn, Gene Lockhart, Gigi Perreau, Arthur O'Connell, Henry Daniell, and many others co-star in this film.  This is a pretty well done drama with a really good performance out of Peck.  It might have been a bit too long but still one that really plays well on emotions into a good climax.

Dances With Wolves (1990):  I end the week with this western epic where Kevin Costner makes his directorial debut on this film based on the novel by Michael Blake who also wrote the screenplay.  Costner stars as Civil War Lieutenant John Dunbar who is rewarded for heroism and requests assignment on the western frontier.  When getting there, he finds it deserted meeting a wolf he names Two-Socks and sees there is a Sioux Indian tribe.  He saves a white woman raised by them named Stands With a Fist, played by Mary McDonnell, and after this they become curious seeing as he was not there to fight them.  They gradually become friends to the point that Dunbar decides he prefers their ways over those he had known all his life.  Graham Greene, Rodney A. Grant, Floyd Westerman, Tantoo Cardinal, Robert Pastorelli, Charles Rocket, Maury Chaykin, Michael Spears, Kirk Baltz, Wes Studi, and many others co-star in this film.  Many might remember Baltz from RESERVOIR DOGS as the cop that Mr. Blonde captures and tortures for pleasure and leverage and after seeing what he does in this movie, I really don't have much sympathy for the fate that Tarantino gave him a couple years later.  This is a very well done film with a formula that would be used in THE LAST SAMURAI and AVATAR.  Costner did everything he could to make it look authentic and also a better look towards the Indians which westerns have mostly portrayed negatively through film history.

Well, that is it for this week.  Tell me what you like and dislike and stay tuned for next week.
at 1:07 PM
Labels: Columns, Shaun Berk's 10 Movie Recommendations