Drafthouse Films Acquires Documentary "Raiders!: The Story of the Greatest Fan Film Ever Made" 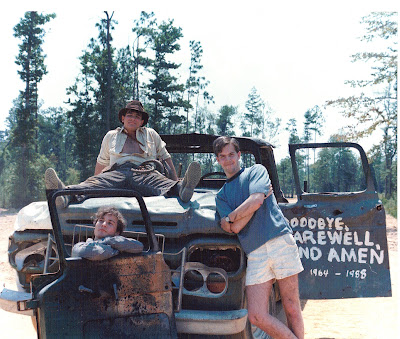 Drafthouse Films recently released information that they've acquired the documentary "Raiders!: The Story of the Greatest Fan Film Ever Made". The film has screened at such film festivals such as SXSW, DOC NYC, Fantasia International Film Festival.

"Raiders!: The Story of the Greatest Fan Film Ever Made" hits theaters this summer.

Drafthouse Films has acquired the worldwide rights to Jeremy Coon and Tim Skousen's Raiders!: The Story of the Greatest Fan Film Ever Made, a documentary about two friends' lifelong journey to complete their passion project: a shot-for-shot remake of Raiders of the Lost Ark. An inspiring testament to creative passion and the powerful role of cinema, Raiders! has been a hit on the festival circuit, screening at such festivals as SXSW, DOC NYC, Fantasia International Film Festival and more.

After Steven Spielberg's classic filmwas released almost 35 years ago, three 11-year-old boys from Mississippi set out on what would become a 7-year-long labor of love and tribute to their favorite film: a faithful, shot-for-shot adaptation of the action adventure film. They finished every scene...except one; the film's explosive airplane setpiece.

Over two decades later, the trio reunited with the original cast members from their childhood in order to complete their masterpiece. Featuring interviews with John Rhys Davies, Eli Roth and more, Raiders! is the story of the project's culmination, chronicling the friends' dedication to their artistic vision-mixed in with some movie magic-to create the greatest fan film ever made.

"Raiders! is a perfect brand fit for us," said Drafthouse Films COO James Emanuel Shapiro. "And we're proud to continue the legacy of the truly greatest fan film ever made!"

"We couldn't be happier in partnering with a bunch of true film fans like Drafthouse Films to release Raiders!." said director Tim Skousen. "It's the perfect match for our story about three film crazed kids spending their entire childhood recreating the all-time classic, Raiders of the Lost Ark."

"Alamo Drafthouse and Tim League were instrumental in these kids' adaptation being discovered over a decade ago," said director Jeremy Coon, "And they have been so supportive as we made our documentary over the last two years. It's great to keep it in the family with a Drafthouse Films release. We couldn't be more thrilled."

Raiders!: The Story of the Greatest Fan Film Ever Made will see a limited theatrical release across North America in the summer of 2016, alongside a variety of VOD and digital platforms, with a Blu-ray/DVD release to follow later in the year.