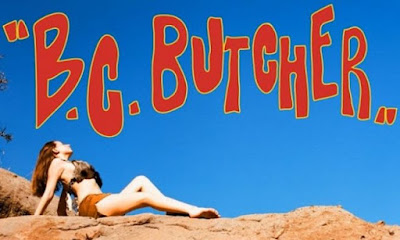 Troma Entertainment recently announced that "B.C Butcher" will be premiering on Troma Now. The film is the first film under the "The Troma Institute for Gifted Youth" initiative that they've recently launched. The film is directed by 19 year old director Kansas Bowling who directed the film when she 17.

"B.C. Butcher" will make it premiere on January 8th.

The first inductee into, "The Troma Institute for Gifted Youth", a prestigious new program created to honor prodigious filmmakers internationally, is Lloyd Kaufman's best protege, the now 19 year-old Kansas Bowling. Bowling is set to release her first feature length film, "B.C. Butcher" which was written and directed when she was only 17 years old, this week on TromaNow, Troma Entertainment's subscription video-on-demand service available through VHX. "B.C. Butcher" is premiering as the special feature and pre-theatrical screener available exclusively to subscribers of TromaNow.

Kansas Bowling was only 17 years-old when she directed "B.C. Butcher". She is a California native who gleans her film inspiration from her early exposure to Troma Films like, "Class of Nuke 'Em High", " Nightbeast" and "Waitress" as well as 1960's fashion and music, Barbara Bach, Raquel Welch and The Ramones. Her sartorial instincts and fresh, educated perspective lend informed wit, unique art-direction and hip styling to her work.

Bowling's vision for "B.C. Butcher" was for a film shot on 16 mm film and the set was her father's backyard in Topanga Canyon, California. The film, albeit expensive, was an artistic decision Kansas refused to compromise and was influenced by her interest in the aesthetic of the original version of, "The Texas Chainsaw Massacre", which was shot on the same 16 mm daylight stock.

The low-budget movie was funded in part by an investment from Lloyd Kaufman, prexy of Troma Entertainment and creator of "The Toxic Avenger", an indie go-go kickstarter and from her work bussing tables and as server in a Vietnamese restaurant in Culver City, California.

"BC Butcher", billed as "the first prehistoric slasher movie", is a campy cave-sploitation horror-comedy. The story is prompted by an act of dissension by a member of an all female cave-tribe leads to her sacrifice and mutilation by her fellow tribeswomen. When a beast of mythical lore uncovers the body he falls in love at first sight and what follows is his homicidal rampage to avenge the death of his corpse-bride.

Starring Kato Kaelin as an ambiguously gay philandering cave-fop, a cameo from Rodeny Bigenheimer and a performance by Los Angeles rock-n-roll group, "The Ugly Kids", "The B.C. Butcher" is a superlative example of a well-crafted story set within the cinematic spirit of Troma tradition.
at 10:22 AM
Labels: B.C. Butcher, Troma Entertainment, Troma Now, VOD News