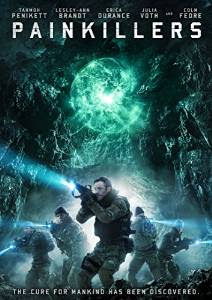 PAINKILLERS tells the story of a squad of marines sent on a classified mission deep in the war-torn mountains of Afghanistan, but when they find the mysterious item they were sent for… it’s not what they were expecting. The next thing they know, Major Cafferty (Penikett) and the surviving squad members wake-up in a military medical facility with no memory of what happened or even who they are. Using an experimental drug, doctors try to “reboot” the soldiers’ memories, but one by one they fall prey to bizarre hallucinations and homicidal fits of rage. Only through snatches of resurfacing memories does Cafferty begin to question the true motives of the hospital staff and discover the shocking, deadly reality behind the otherworldly artifact they found.
at 10:01 AM
Labels: DVD News, Image Entertainment, Painkillers, RLJ Entertainment