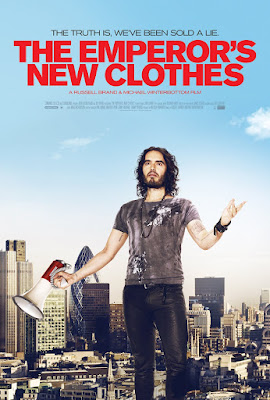 IFC Films recently release stills for Russell Bland and Michael Winterbottom's upcoming film "The Emperor's New Clothes". The documentary focuses on income inequality and how the rich became so rich.

How did the rich get so…rich? In this hilarious, passionate, and empowering look at income inequality, activist comedian Russell Brand and director Michael Winterbottom (The Trip) uncover the roots of the world financial crisis. With a mix of rabble-rousing outrage and audacious comedy, Brand examines how bank bailouts have left the 99% high and dry—taking his message straight to the top as he fearlessly confronts the corporations and political leaders responsible. By turns thought-provoking and wildly entertaining, The Emperor’s New Clothes is a timely reminder that change begins with the people.