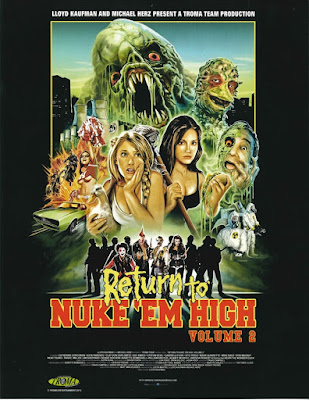 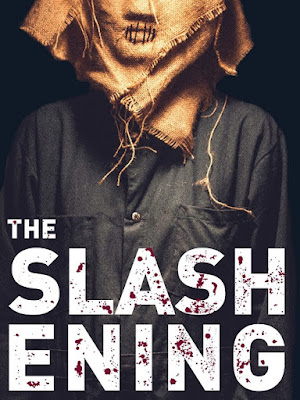 Greetings from Tromaville! A secret focus group screening of a rough cut for Troma's latest Tromasterpiece, Return to Nuke 'Em High. Volume 2 will take place on Saturday, October 10th at Videology - 308 Bedford Avenue, at 11:59 AM.

"It's so SECRET we had to send out a press release about it," said Troma Entertainment President and creator of The Toxic Avenger, Lloyd Kaufman.

Return to Nuke 'Em High Vol. 2 is the explosive finale of Lloyd Kaufman's magnum opus two-part indie event film. 'Tis the continuation of the compelling adventure of Lauren and Chrissy, two lesbianic lovers who must face and defeat the most corrupt and evil forces ever to descend upon Tromaville...AND THE WORLD! When a perverse conspiracy is launched by the demented CEO of a multi-national Tromorganic Food Stuffs, Inc., our heroines become embroiled in a death defying fight to restore their own humanity, while at the same time saving the entire world from enslavement and the apocalypse.

Want more Tromazing news? Lloyd Kaufman himself, will be there in person, along with his friends Toxie and Sgt. Kabukiman.

If that's not Tromatizing enough, before the midnight screening, at 9:30PM Videology will also be showing The Slashening: Uncut & Uncensored. The second film from writer/director Brandon Bassham, The Slashening is a comedy homage to classic films like Halloween and Slumber Party Massacre. Best friends Lucy, Eva, Ashley, Beth and Margot throw a slumber party...BUT MURDER NEVER SLUMBERS! It's a timeless tale of friendship, betrayal, madness, and the search for some decent dick. A definite must see event before the unveiling of Return to Nuke 'Em High Vol. 2.
at 12:44 PM
Labels: Film Screening, Indie News, Lloyd Kaufman, Return to Nuke' Em High Vol.2, The Slashing, Troma Entertainment