Horror Comedy Killer Rack to Have Killer Screening in Philadelphia 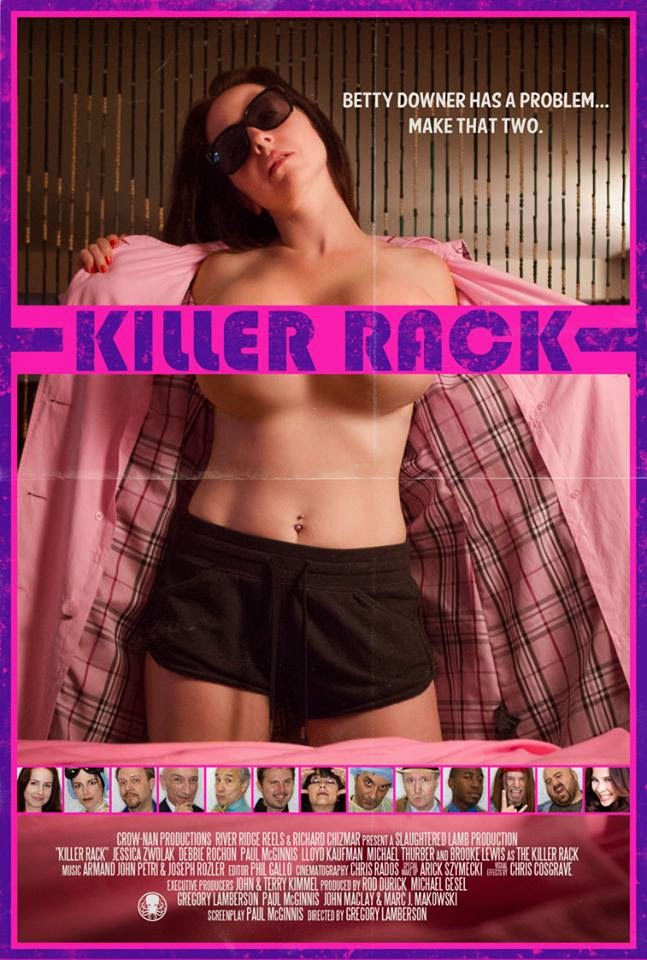 For more information on this film, you can visit the film's official Facebook page at: https://www.facebook.com/KillerRack

Gregory Lamberson's horror comedy KILLER RACK will be screening on November 7, 2015 at CineMug 1607 S. Broad St. (Broad & Tasker). The free screening will begin at 8:00 pm, and the venue is BYOB with a $2 corkage fee.

CineMug is an up and coming destination for movie and coffee lovers in South Philly. A hybrid video rental and coffee shop, Cinemug features a curated selection of art/cult/foreign/horror movie rentals and new releases, locally roasted ReAnimator coffee, and light fare for breakfast and lunch.
KILLER RACK tells the outrageous story of Betty, a flat chested woman who hopes that she can turn her life around through breast enhancement surgery. The operation is a success, but there's one catch: Betty's new assets are Lovecraftian man-eating monsters hell-bent on world domination, and only Betty can stop them.

KILLER RACK and CineMug is the perfect marriage of retro horror meets 90s video rental store. This event will be the first in many local movie screenings leading up to the launch of new Philadelphia film festival in 2016. The film festival staff is looking for volunteers to help get the unnamed festival off the ground. Please inquire at the screening if you are interested in getting involved.