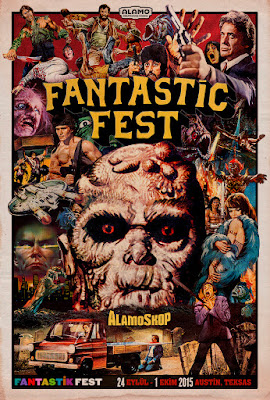 The organizers of Fantastic Fest recently send us over information about the second wave of films that were announced for this years festivals. The most noteable films included US Premiere of Yorgos Lanthimos' "The "Lobster", Ridley Scott's "The Martian", Ben Wheatley's "High-Rise" and Jeremy Saulnier's "Green Room".

Fantastic Fest is excited to announce the second wave of programming featuring the US Premiere of Yorgos Lanthimos' THE LOBSTER as the opening night film. Lanthimos will be in attendance to share his wonderfully surreal examination of human connections. Joining THE LOBSTER is a dazzling array of the year's most anticipated genre films from heavyweight directors including Ridley Scott's sci-fi epic THE MARTIAN, Ben Wheatley's HIGH-RISE and Jeremy Saulnier's GREEN ROOM.