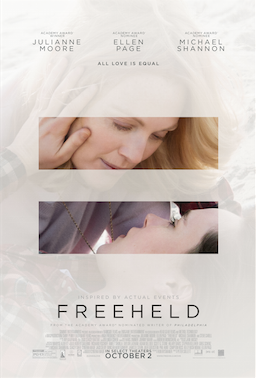 For more information on this film, you can visit the film's official Facebook page at: https://www.facebook.com/FreeheldMovie

Based on the Oscar®-winning short documentary and adapted by the writer of Philadelphia, Freeheld is the true love story of Laurel Hester [Julianne Moore] and Stacie Andree [Ellen Page] and their fight for justice. A decorated New Jersey police detective, Laurel is diagnosed with cancer and wants to leave her hard earned pension to her domestic partner, Stacie. However the county officials, Freeholders, conspire to prevent Laurel from doing this. Hard-nosed detective Dane Wells [Michael Shannon], and activist Steven Goldstein [Steve Carell], unite in Laurel and Stacie’s defense, rallying police officers and ordinary citizens to support their struggle for equality. 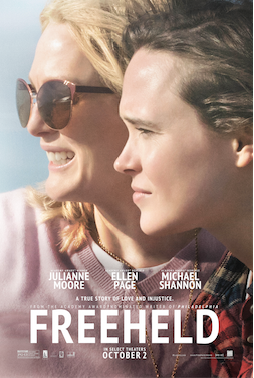