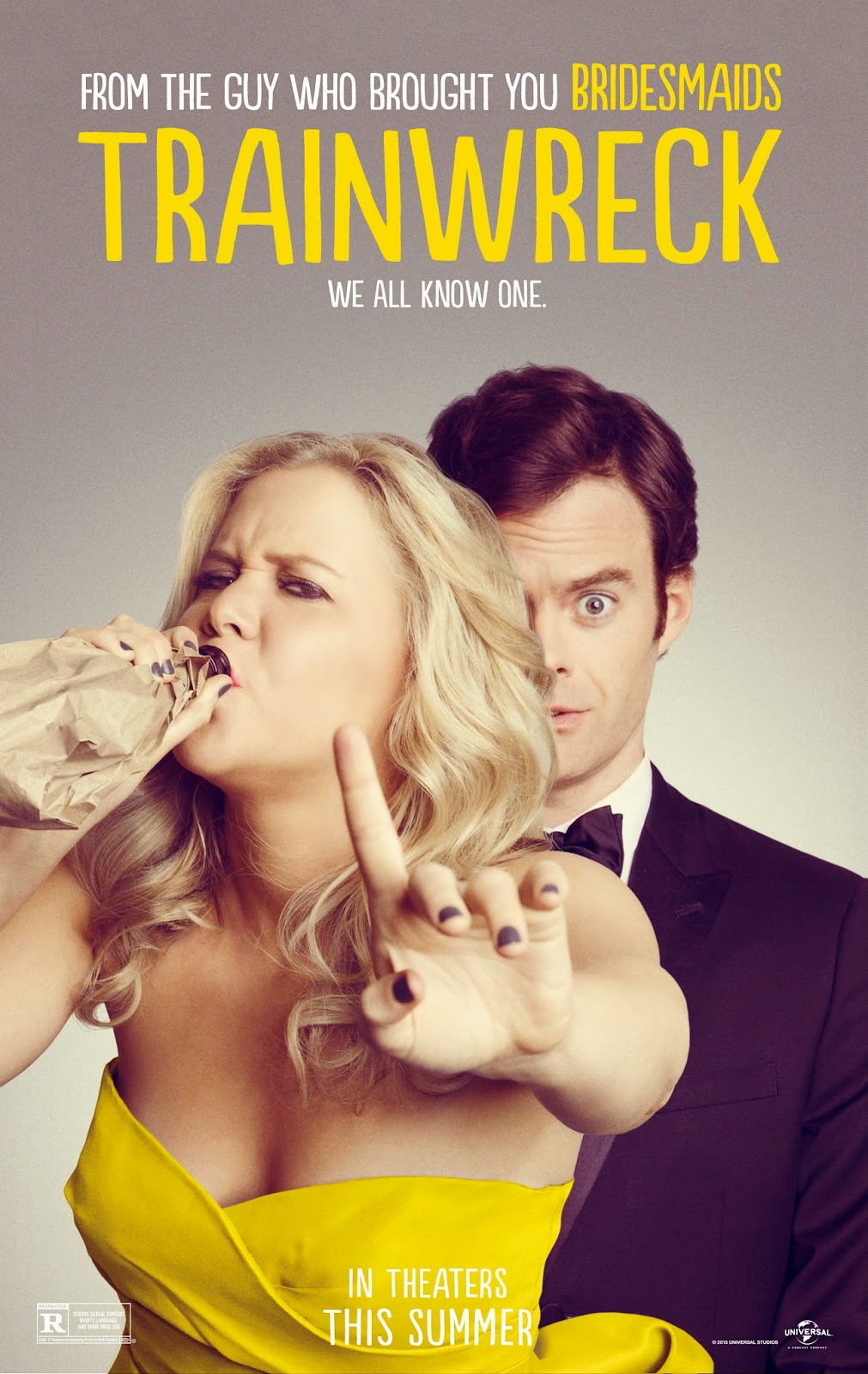 'TRAINWRECK': Four and a Half Stars (Out of Five)

Amy (Schumer) was taught, by her father (Quinn) at a very young age, that true monogamy isn't possible. As an adult, she's now a successful magazine writer; that's afraid of commitment. So she constantly uses men, she meets at bars, for sex. One day her boss (Swinton) assigns her a story, on a popular sports doctor named Aaron Conners (Hader). After getting to know the guy, she's amazed to find out that she actually has romantic feelings for him. Her way of life is put to the test.

I'm a huge Judd Apatow fan ('THE 40-YEAR-OLD VIRGIN' is one of my all-time favorite movies) and I've really enjoyed all of his films (even'THIS IS 40', which is definitely his weakest). They tend to be way too long (usually close to 2 hours, or more), and they also usually contain several repetitive actor 'improve scenes', that seem to never end, but they're always hilarious and heartfelt. Apatow is amazingly skilled at combining really emotional drama, with silly slapstick comedy. This film is no different, than any of his previous work, even though he didn't write it. It seems exactly like an Apatow flick, just with a female lead instead of a male; so it's really impressive that he found a female comedian/actress/writer, that seems to think just like he does! Schumer's script is brilliant, and she's also a very talented comedic actress as well. The supporting cast is awesome too; especially Swinton, who's unrecognizable yet again, and totally hot in it (Cena is a scene-stealer too). The movie is definitely a can't-miss, for fans of Apatow or Schumer, despite the usual Apatow movie flaws.
at 3:37 PM
Labels: Amy Schumer, Bill Hader, John Cena, Judd Apatow, Reviews, Tilda Swinton, Trainwreck, Universal Pictures