"The Anomaly" Makes Time for DVD and Blu-Ray Release 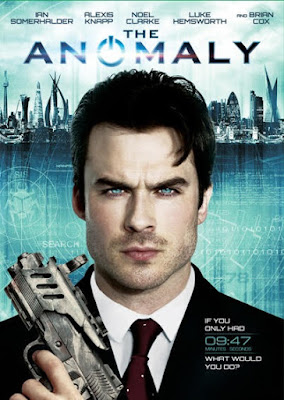 Ryan Reeve has a problem. After successfully escaping from his kidnappers, he is trying to uncover why some people want him dead. The complication? He can’t spend more than 9 minutes and 47 seconds trying to solve this deadly puzzle. On October 6th, Anchor Bay Entertainment takes viewers into a future filled with technological wonders and shadowy figures with The Anomaly.

Traumatized ex-soldier Reeve (Clarke) wakes up in the back of a moving van alongside a young boy (Parkinson) held prisoner. But after helping the boy escape, he comes to the terrifying conclusion that he’s the kidnapper. Even more startling, five years have passed since he was last awake. Ryan soon learns that he’s caught up in a futuristic conspiracy known as “Anomaly,” Ryan’s only connection with reality is the dogged pursuit of Ryan by the elegant but sinister Harkin Langham (Somerhalder), who –when he’s not trying to kill Ryan – explains how to survive his blackouts, lasting exactly 9 minutes and 47 seconds.