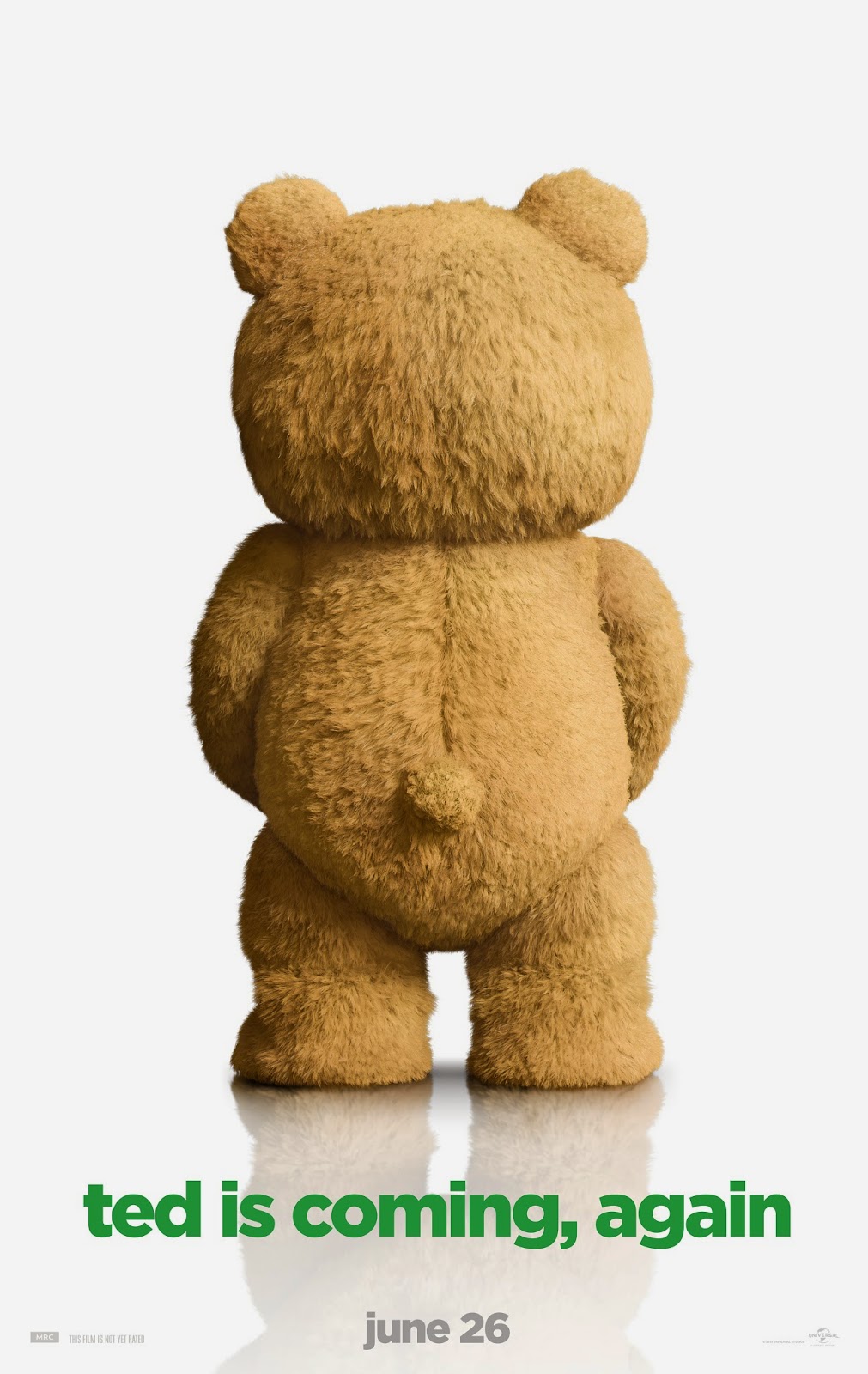 Ted 2 is very much a Seth MacFarlane movie, which, if you’re wondering whether or not you’ll enjoy this movie, should tell you everything you need to know. MacFarlane directed the movie, wrote the screenplay (along with frequent collaborators Alec Sulkin and Wellesley Wild) and, of course, is the voice of Ted. MacFarlane’s last movie, A Million Ways to Die in the West, is also the first movie I reviewed for this site, which should tell you something about how I feel about MacFarlane’s stuff and how much I probably enjoyed this sequel.

After the events of the first movie, Ted 2 picks up with Ted marrying his girlfriend Tami-Lynn (Jessica Barth). The ceremony is once again presided over by Flash Gordon himself, Sam J. Jones (who is once again a great sport about himself throughout the movie). We find out that since the end of original, Ted’s best friend John (Mark Wahlberg, who apparently has a “no sequels” rule he broke for this movie) has divorced Lori (Mila Kunis, who does not make an appearance), and hasn’t dated anyone else since. Fast forward a year, and Ted and Tami-Lynn’s marriage is falling apart. Their solution? Have a baby! Of course, since a stuffed bear can’t exactly procreate, they go through some hilarious hijinks involving the sperm donor route before settling on trying to adopt. The adoption procedure brings to light the fact that Ted isn’t a person, and he loses things like his job and bank account because of it. Worse, the state annuls his marriage. John and Ted decide to fight back legally, and find themselves a lawyer in the form of Samantha L. Jackson (Amanda Seyfried), who is moved by their plight and a mutual love of marijuana and agrees to help them. They’re opposed by corporate lawyer Shep Wild (John Slattery), who is hired by Hasbro to make sure Ted stays in the “property” category so they can make billions selling more of him.

From there, Ted 2 becomes a fight to have Ted declared a person. It is filled with returning stars from the original (Giovanni Ribisi, Patrick Warburton, and Patrick Stewart as the narrator) and hysterical cameos from newcomers (Jay Leno, Michael Dorn, the cast of Saturday Night Live, and, the best of the bunch, Liam Neeson), and it uses them all to hysterical effect. Even Morgan Freeman gets in on the act, and much like the rest of us, Ted would just like to make a bed out of his voice and sleep in it forever. Admittedly, not all the jokes work; some fall flat and fall flat hard, but when the comedy hits the mark, it is absolutely uproarious. The cast is great together; everyone is funny and it’s obvious they enjoyed working together on this movie. Wahlberg and Seyfried have great chemistry, but of course it’s the relationship between Wahlberg and Ted… I mean, MacFarlane, that holds the movie together. It might not be as good as the first one, but those two thunder buddies still hold down a hell of a funny movie. Ted 2 gets 3.5 out of 5 stars from me.
at 6:06 PM
Labels: Amanda Seyfried, Mark Wahlberg, Morgan Freeman, Reviews, Seth McFarlane, Ted 2, Universal Pictures