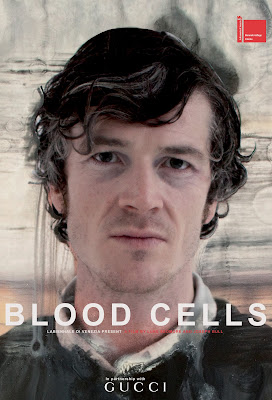 Garden Thieves Pictures recently send us over information for their upcoming release of the British drama "Blood Cells". The film was nominated for Best British Film and Best Performance in a British Film at the Edinburgh International Film Festival.

Garden Thieves Pictures has announced the August 17th DVD and VOD release of Luke Seomore and Joseph Bull's Blood Cells. Nominated for Best British Film and Best Performance in a British Film at the Edinburgh International Film Festival, Blood Cells follows one man's return from a self-imposed exile as he makes his way through the broken yet beautiful margins of Britain.

Adam has lived a rootless existence since his family's farm was destroyed by the Foot & Mouth epidemic of 2001. His life imploded and he abandoned his family after a devastating incident. He has spent the years since on the nomadic fringes of British society, cycling through transitory jobs and transitory relationships, adrift from his family and past.

When his younger brother Aiden reaches out to him to announce the birth of his first child-there is an ultimatum attached: come home now, or never come home again. Adam embarks on a journey home that is at once tortured and exhilarating, a panoramic tour through the broken and beautiful margins of Britain. As eruptions from his secret past begin to emerge, Adam struggles to break free from an exile that must now end before it swallows him for good.
at 8:23 PM
Labels: Blood Cells, DVD News, Garden Thieves Pictures