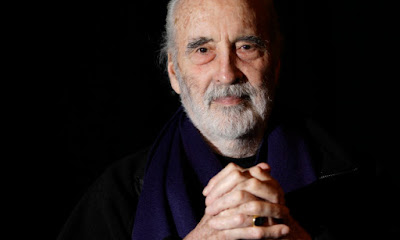 Today is a sad day in Hollywood as actor and horror icon Sir Christopher Lee passed away at the age of 93 in Chelsea, London, England. While horror fans might known him from films such as "Horror Express", "The Wicker Tree" and "Dracula: Prince of Darkness, most people know him as Saruman from "The Lord of the Rings" Trilogy and as Count Dooku in "Star Wars: Episode II: Attack of the Clones" and Star Wars Episode III: Revenge of the Sith". Christopher Lee was also a regular in Tim Button films as he appeared in Tim Burton's "Sleep Hollow", "Charlie and the Chocolate Factory", "Dark Shadows" and provided the voice in Button's "The Corpse's Bride" and Alice in Wonderland.

Most recently, Lee finished work on the "Angels in Notting Hill" which are all in post-production.

Sir Christopher Lee was 93 at the time of his death.

Film-Arcade.net wishes to extend our sympathies to Christopher Lee's family and friends.