Official Trailer for the Upcoming Documentary "A LEGO Brickumentary" 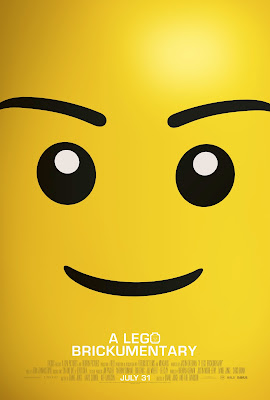 Radius-TWC recently released the official trailer for their upcoming released "A LEGO Brickumentary". The film has played at such film festivals as Tribeca Film Festival and Seattle International Film Festival.

For more information on this film, you can visit the film's official Facebook page at: https://www.facebook.com/ALegoBrickumentary

Oscar-winning Director Daniel Junge and Oscar-nominated Director Kief Davidson take us on a journey through the LEGO universe like you have never seen before. They explore the brick that has captured imaginations for generations and look at the fundamental question...is it a toy or something more? A LEGO® BRICKUMENTARY delves into the extraordinary impact of the LEGO brick and the innovative uses for it that have sprung up all over the world. From art galleries full of LEGO creations, to the workshops of Master Builders, into the world of LEGO therapy, and to encounters with AFOLS (Adult Fans of LEGO), each with amazing stories to tell. A LEGO® BRICKUMENTARY explores the essential nature of human creativity and the ways we seek to build and understand our world.