Official Trailer for the Psychological Thriller "Charlie, Trevor, and a Girl Savannah" 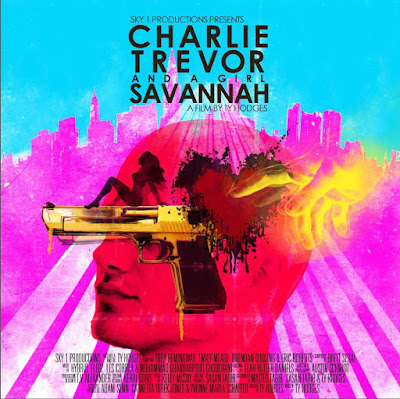 Sky 1 Productions recently send us over the official trailer for their upcoming release of "Charlie, Trevor, and a Girl Savannah" The film stars Ty Hodges, Toby Hemingway, Emily Meade and Eric Roberts.

For more information on this film, you can visit the film's official website at:  http://www.ctsthemovie.com/

CHARLIE, TREVOR AND A GIRL SAVANNAH is a thought provoking psychological thriller about different layers of consciousness. The film follows Trevor (Toby Hemingway) as he tells the story to his therapist (Eric Roberts) of how his girlfriend Savannah (Emily Meade) was kidnapped. To get her back, Trevor must team up with Savannah’s best friend Charlie (Ty Hodges), a fast talking playwright who will stop at nothing to get her home safely. Testing the boundaries between reality and fantasy, the film explores Trevor’s struggle to distinguish was is real and what is in his imagination. This heavily stylized film is intended to celebrate the strength of human mind and spirit while playfully altering and exploring the influence of one’s thoughts, emotions and imagination.