LGBT Drama "Open Up to Me" Heads to DVD 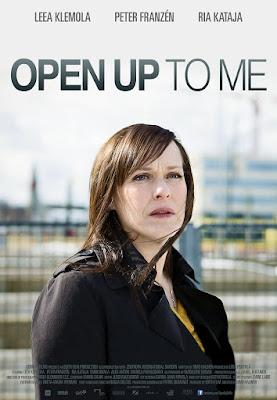 Corinth Films recently send us over information for their upcoming release of the LGBT Drama "Open Up to Me. The film stars Leea Klemola, Peter Franzén, Ria Kataja, Alex Anton and Emmi Nivala.

Special features on the DVD include trailers.

Making its North American debut on DVD, Open Up to Me is a gritty and suspenseful Finnish LGBT psychological drama directed by Simo Halinen (Cyclomania, Ballad of a Thin Man) that captures the plight of a transgendered woman in as she struggles to come to terms with her new identity.

Expanded summary: Maarit (Leea Klamola) has successfully managed to live a double life – a male body transformed into an attractive and intelligent woman. Maarit’s new life has come with a considerable price, as many transgendered individuals have discovered. Among the most painful burdens Maarit must bear is the longing to revive a fractured relationship with her daughter Pinja (Emmi Nivala).

Her life take an unexpected turn the day her employer, a therapist, leaves town on an emergency and entrusts Maarit to secure the office after she is done cleaning it. Maarit can’t help but to slightly overstep her bounds once the therapist leaves and explore for a few minutes a taste of this intriguing profession. A man named Sami (Peter Franzén) in the midst of a marital crisis enters unexpectedly seeking solace from the absent therapist but finds only Maarit, whose compassionate nature compels her to try to help in any way she can. The two quickly find that they share some common interests, especially soccer, a sport which was a significant part of Maarit’s past life. However, Sami turns out to have deep inhibitions of his own which contend with his professional and personal life in which Maarit becomes dangerously entwined. Not one to live an existence bowing to the superficial expectations of a regimented society, Marrit endures her mistakes and manages to salvage the one relationship that makes her life worth living, and in doing so is able to come to terms with the world around her.
at 11:05 AM
Labels: Corinth Films, DVD News, Open Up to Me