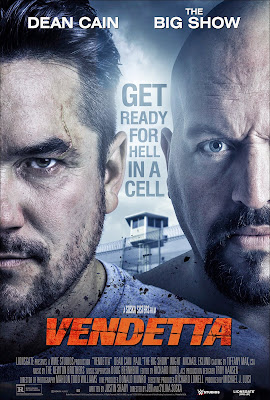 Dean Cain and WWE Superstar The Big Show star in “Vendetta,” an action-packed thriller about a detective pushed beyond his limits who will stop at nothing for vengeance. When his wife is killed by a criminal that he put away, Mason (Cain), a hard-nosed detective, deliberately gets arrested in order to get revenge. While inside, Mason discovers a new criminal enterprise that those behind it would kill to protect.