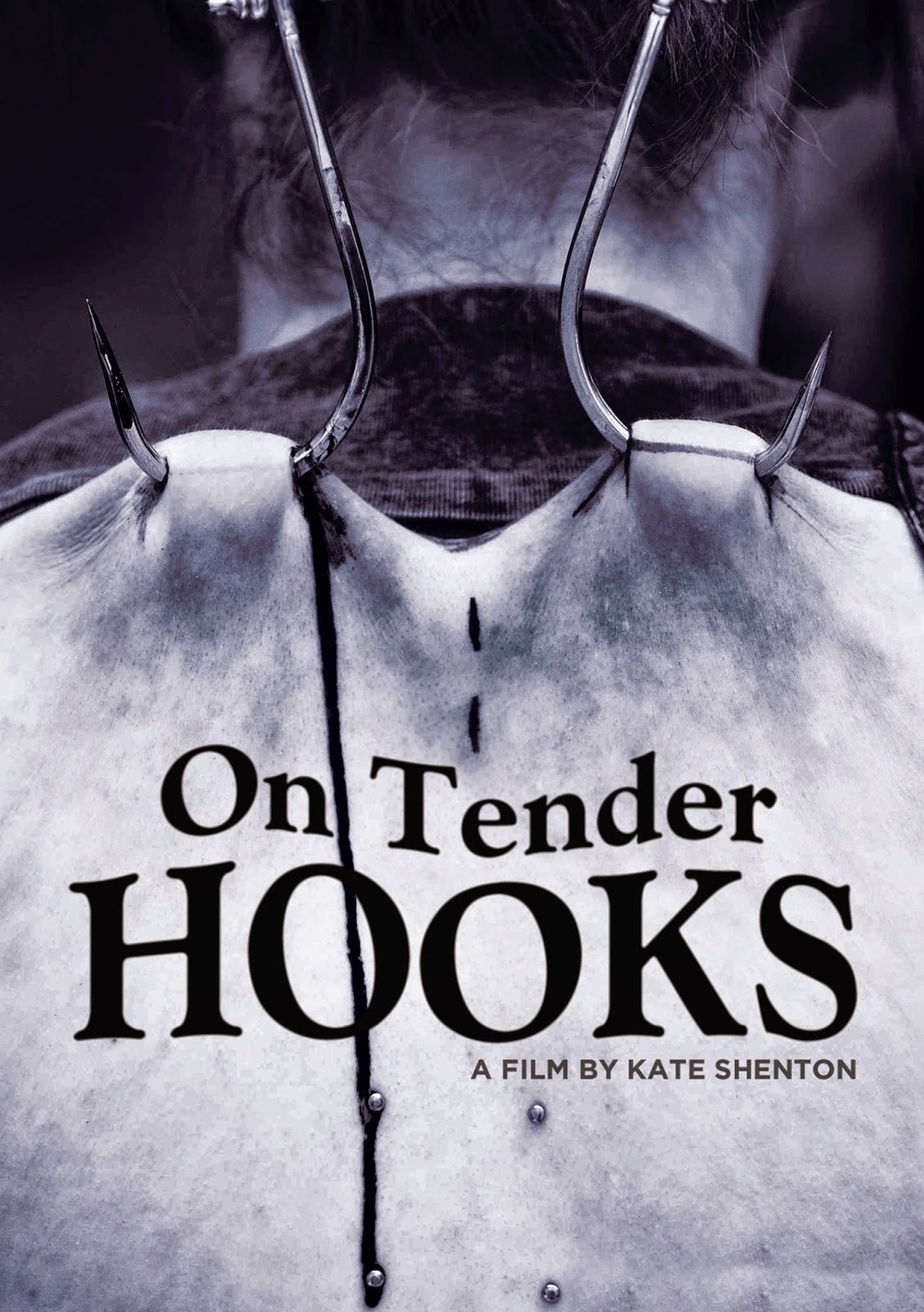 Jinga Films recently send us information for the upcoming DVD release of body modification documentary "On Tender Hooks". The documentary follows the film's director, as she takes part in the art of human body suspension.

For more information on this film, you can visit the film's official Facebook page at:  https://www.facebook.com/OnTenderHooks

Kate Shenton's eye popping body modification documentary On Tender Hooks will be released on various formats on May 19th. The film that shocked London's FrightFest audience but won the hearts of Canada's outrageous Soska Sisters has been given a street date of May 19th.

On Tender Hooks challenges the perceptions and squeamishness of even the most hardened viewer as the director, Kate Shenton, participates in the art of human body suspension. Whether it's considered disgusting or intriguing, the film is a fascinating look at a subculture many will find bizarre, even frightening.
at 11:18 AM
Labels: Documentary, DVD News, Jinga Films, On Tender Hooks