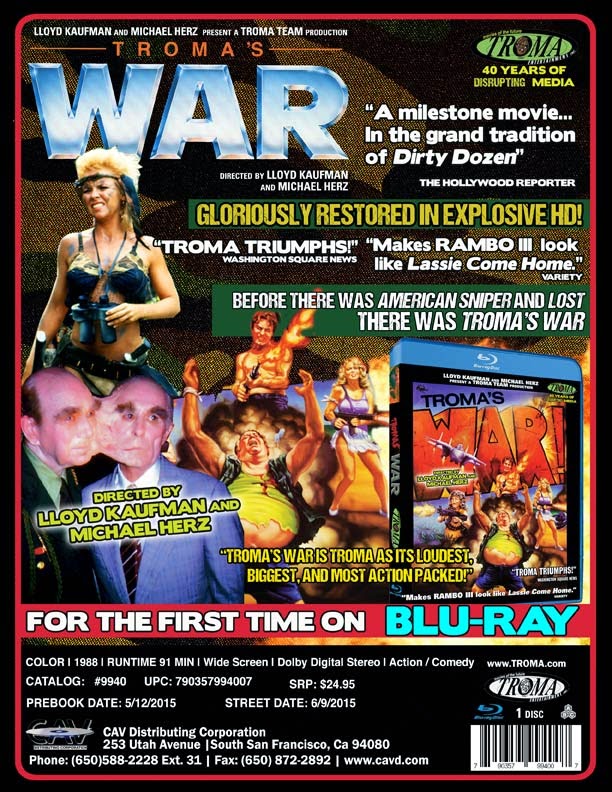 TROMA’S WAR is Troma’s masterpiece. Directed by Lloyd Kaufman and Michael Herz, TROMA’S WAR is packed with gargantuan battle scenes, heart stopping stunts, and never-before-seen special effects. TROMA’S WAR is the action film that all good citizens of the world can be proud of and enjoy! TROMA’S WAR is Troma’s answer to PLATOON and APOCALYPSE NOW. It is the first war picture that combines satire, sex, special effects make-up, stunts, gore and a beautiful love story. A small group of typical Tromaville citizens find themselves in the path of a terrorist army controlled by the power elite. The freedom of Tromaville and the world is at stake! TROMA’S WAR creates new kinds of heroes. A used car salesman, a handsome environmentalist, an obese junk-food gourmand, a seventy-year-old housewife, some sensational young women, a year old jingoistic baby and more sensational women all become deadly soldiers in the most unusual and explosive, action-packed combat film ever produced by the Troma Team.