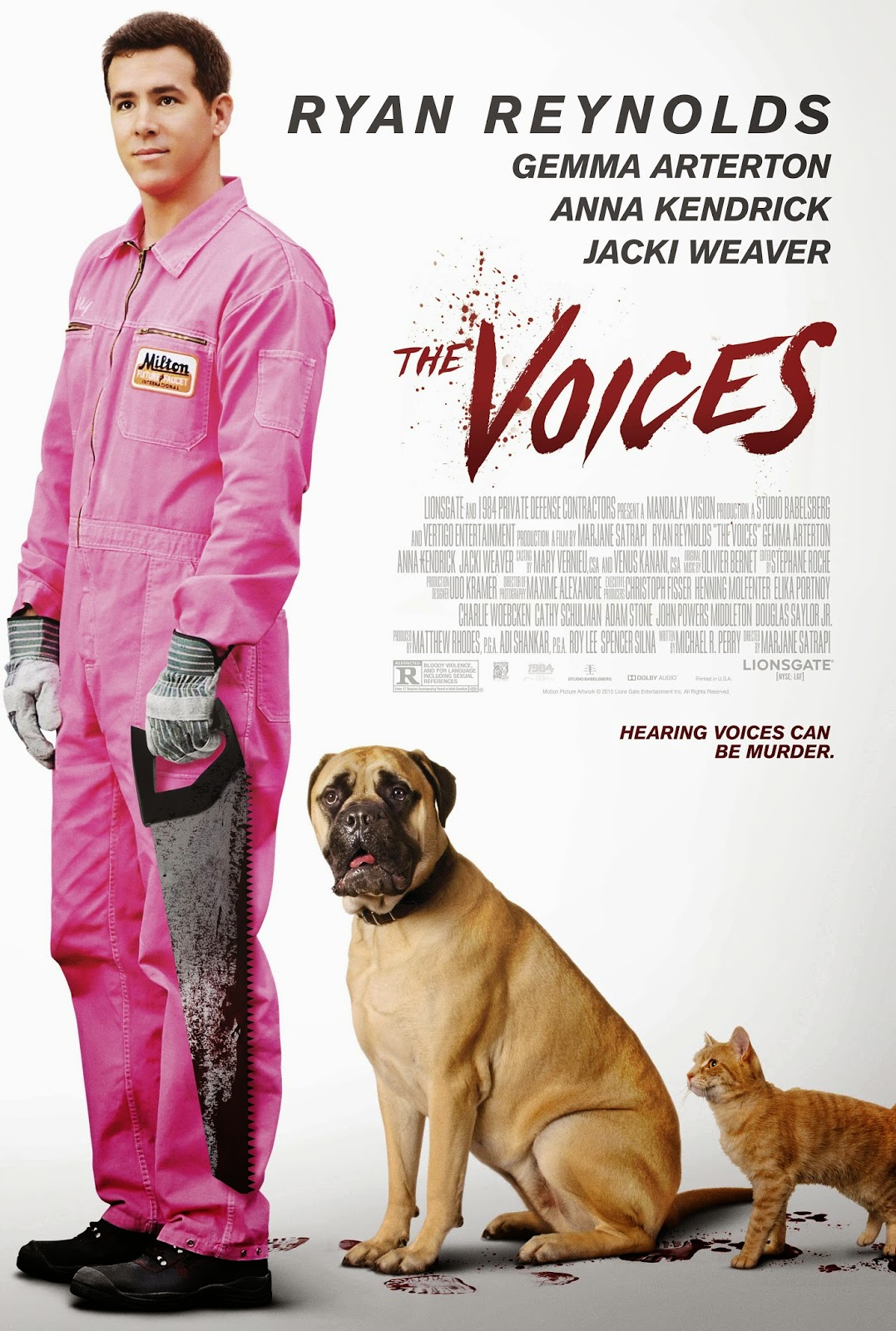 'THE VOICES': Four Stars (Out of Five)

A dark comedy/thriller starring Ryan Reynolds as a schizophrenic (but extremely upbeat) man, with an office crush; that goes disturbingly wrong. The film also costars Gemma Arterton, Anna Kendrick and Jacki Weaver. It was directed by Marjane Satrapi and written by Michael R. Perry. I found it to be oddly interesting and bizarrely entertaining, but also extremely disturbing.

Jerry (Reynolds) is a cheerful (and very positive) guy, who works at a bathtub factory. He lives alone, above a bowling alley, and often hallucinates that his cat and dog are talking to him; they also sometimes convince him to do things he really doesn't want to do. Jerry lost his mother (Valerie Koch), due to similar mental issues (at a very young age), and he's been assigned a psychiatrist, named Dr. Warren (Weaver), because of it. He also has a huge crush on an office coworker, named Fiona (Arterton). Things begin to go horribly wrong, one night, when Jerry asks Fiona out on a date, and she stands him up.

The movie is pretty much all shown through Jerry's eyes. So even though horrific things keep happening, throughout the film, it mostly maintains a pretty positive and upbeat tone. This makes for a very strange, disturbing and darkly comedic film. I'm really torn about how I actually feel about it, because it kind of bothered me (in a lot of ways). Still it's very interesting, in very strange ways, and also pretty entertaining, in just as weird ways. The highlight of the movie, is Ryan Reynolds' performance; he's pretty much never been better. The rest of the cast is good as well, which makes me really wonder how the filmmakers were able to attract such a talented, and very likable, cast. It's definitely worth seeing, if you can handle this kind of really dark horror/comedy.
at 5:23 PM
Labels: Anna Kendrick, Gemma Arterton, Lionsgate, Reviews, Ryan Reynolds, The Voices